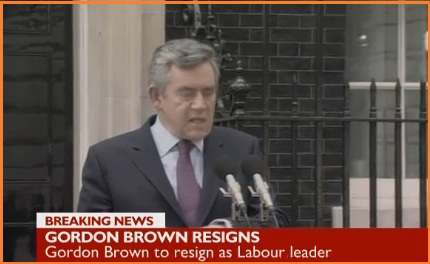 Gordon Brown to be gone by September

In a quite dramatic statement Gordon Brown has announced that he is standing aside as Labour leader with the aim of having a replacement in by the Labour conference in September.

So Nick Clegg has got the scalp of the Labour leader – what’s that going to do to coalition negotiations?

What are the chances of a LD-CON deal now? It looks less likely.