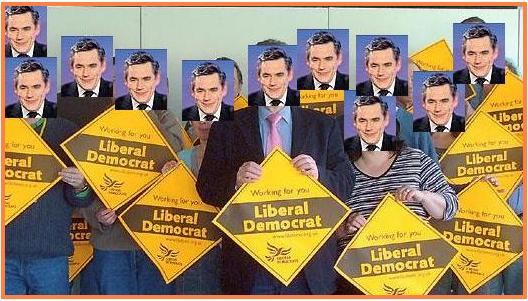 Is the Lib Dem recovery eating into Labourâ€™s vote?

When Lord Adonis made his appeal[1] for Lib Dems to back Labour at the general election, he was basing that call on what he saw as â€œthe fundamental Labour-Lib Dem identity of interestâ€. It sounds a positive message and he quotes various instances when Labour and the Lib Dems have worked together both recently and throughout their histories. There could well have been a defensive as well as a tactical reason for his call.

Adonis himself made the move from Lib Dem to Labour and appears to be asking for nothing less than that the entire Lib Dem party follow him, arguing that the Lib Dems should never support the Tories and should vote Labour even in LD-Lab marginals. He doesnâ€™t appear to have stopped to ask why people join the yellow team in the first place. Most politicians donâ€™t reject the easier route to make a difference lightly.

Leaving aside the language and nature of the appeal and leaving aside also whether or not there does exist such an identity of interest, is Adonis right to target Lib Dem / Labour waverers? He may well be.

Since the start of March, there have been sixty national opinion polls published and they have shown a remarkable consistency in the total share identified for Labour plus Lib Dems. When one party rises, the other tends to fall.

YouGov have published exactly half that total and of their 30 polls, all but one put the LD+Lab share between 49% and 52% despite both partiesâ€™ share fluctuating by 5% during the period. Other firms have been similarly consistent. Opiniumâ€™s five polls all give a combined share between 44% and 46%. Harrisâ€™ six are all between 45% and 49% despite larger fluctuations in individual party shares. The last six ICM polls in March recorded between 50% and 52% for the two parties. The numbers vary, presumably based on each firmâ€˜s methodology; the story is the same.

If, as the figures seem to indicate, the yellow and red teams are fishing to a large extent in the same pool of support, Labour must be concerned to see a small but measurable increase the Lib Dem share of the vote with most of the pollsters.

That the third party has usually picked up support during the campaign can only heighten those concerns further, hence perhaps Adonisâ€™s article.

So what can be done? Itâ€™s a difficult one for Labour, though getting Brown to refer to their party by the right name might be a start. Both the larger parties are likely to continue love-bombing the voters while insisting that nationally, â€˜only the Tories and Labour can win hereâ€™. How effective Labour is in that battle will go a long way to deciding the election outcome.