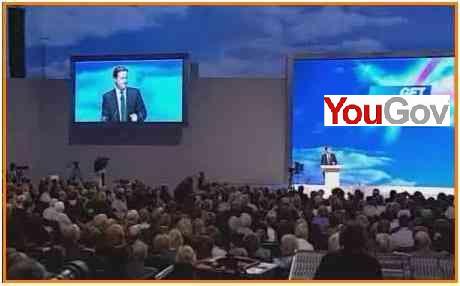 What’ll the daily tracker do to the election frenzy?

There has been nothing official from the firm but I’m hearing a lot of murmurings to the effect that the online pollster will be starting an election daily tracker – possibly next month.

Apparently this will operate on weekdays only at first stepping up to seven polls a week as we get closer to the big day.

The firm experimented with a tracker during the conference season in late September and in early October with a daily sample of about a thousand. The remarkable characteristic was how the shares fluctuated so much each day apparently in response to TV and other media coverage.

What I’m hearing is that the firm has a different plan for the general election. Apparently there’s a view that those on its polling panel who respond to instant “complete within 24 hours” requests might not be fully representative. So, instead, the invitations will go out each day for the questionnaires to be completed within two or three days and each day’s “poll” will be based on those who have responded within the previous 24 hours.

If indeed the polling is to start in February it’s going to have a huge impact on the whole political atmosphere – in effect the start of the daily polls could mark the start of the campaign.

It’s going to make the betting very interesting as well and I just wonder what effect it will have on Brown over his decision on the date.