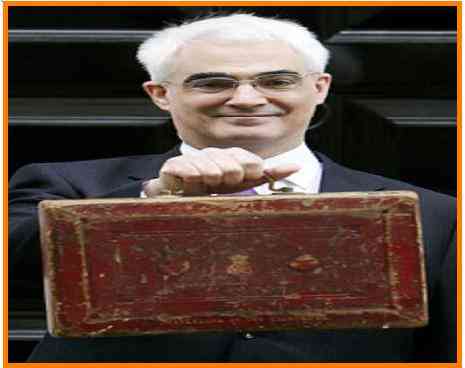 Will this be Labourâ€™s last Set-Piece before Polling Day?

The pre-Budget Report is when the government is meant to set out its spending plans for the year, although itâ€™s more and more taken on the aspect of a mini-budget in its own right. In addition to the economic predictions and expenditure figures, last yearâ€™s PBR cut VAT, increased duty on alcohol, tobacco and petrol, and scheduled in increases in Income Tax and National Insurance.

If todayâ€™s PBR is as active in setting taxation policy, might that clear the way for an election on March 25 or even earlier? (There will have to be a budget at some point as some taxes would lapse otherwise).

Why would Labour choose to go early? The simple answer might be because they can. If Labour can pull the Tory lead back a few more points by February or early March – still a big â€˜ifâ€™ – the temptation could be to seize the moment to limit the damage rather than risk it sliding away again. Of course, if the lead does narrow, thereâ€™ll also be the opposite temptation to hang on in the hope that it will keep narrowing.

Going early would also probably eliminate the need to deliver a Budget before the election. This yearâ€™s PBR is very late (it was held on 24 November last year), giving a credible – if a little contrived – reason for not delivering a Budget before a dissolution in early March. The Tories and Lib Dems would no doubt ask â€˜what is Labour hiding?â€™ but the government could deflect that by pointing to their manifesto.

What clues might we get today? The politics again looks like aiming to create dividing lines. The leaks point strongly to bankersâ€™ bonuses getting hit, though with that having already generated headlines, I suspect thereâ€™s another rabbit to be pulled from that hat – not least because bankersâ€™ bonuses isnâ€™t creating a dividing line. Last year we had the 45% top rate of tax (subsequently increased to 50% in the budget). I wouldnâ€™t be at all surprised to see â€˜the richestâ€™ being targeted again, either directly or symbolically.

More problematic is the economics. At the 2008 Budget, the government was predicting borrowing of Â£4bn for 2009/10, when growth of about 2.5% was expected and the slowdown would leave debt as a proportion of GDP peaking below 40%. Because these predictions were more than a bit optimistic, thereâ€™s little cash to splash on grand gestures and the Chancellor will have to tread a fine line between keeping key voting groups happy and satisfying the markets (and bankers!) that the governmentâ€™s got a grip on the deficit. If the predictions are particularly pessimistic, that could be another pointer to March, lessening the risk of a pre-election credit-rating downgrade.

Despite the possible attractions of going to the country earlier, I still expect the election to be on May 6 and for there to be one last Budget beforehand. I canâ€™t see Brown calling an election if things are getting better for Labour and thereâ€™s time for them to improve further – and I certainly canâ€™t see him calling one if theyâ€™re not getting better.

Professor John Curtice is inviting interested PBers to attend a conference on January 20 2010 at the British Academy on polling methodology and the general election. Many of the key figures from the polling industry will be there. See the website here.