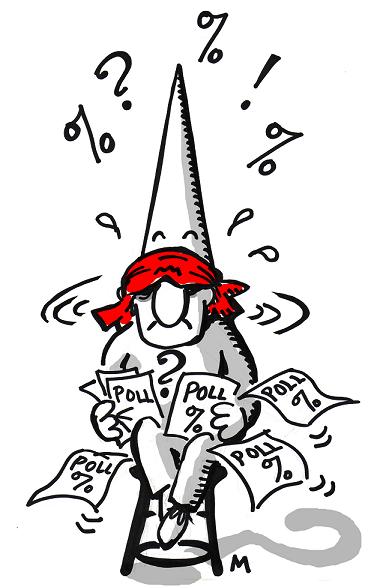 Has the Observer columnist fallen into the 1990s polling trap?

As PB regulars will know one thing that makes me absolutely furious is when pundits seek to compare the polls of the 1990s with modern day numbers.

For back in the run-up to the 1997 election almost all the pollsters were in their unreformed mode and there was a systemic over-statement of Labour – something that we do not see any more. The pollsters from that era have either moved on from UK political polling (Gallup) or have radically changed their methodologies (MORI).

A good way if illustrating the point it to look at the opening polls from the 1997 campaign. 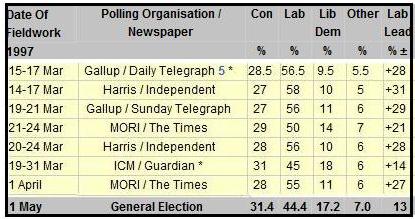 The only firm to be operating now like it was operating then is ICM and comparisons with its pre-1997 election numbers are the only ones that are valid.

So what are we to make of this quote from Andrew Rawnsley’s Observer column today:

“..The Conservatives really ought to be performing much better than this. Labour was routinely polling in the high forties and quite often above 50% when it was on its way back to power before 1997…”

Andrew you should know better. Just go look at the ICM polls from the period – see my article here for a full list.

Sure Labour were doing better with ICM then than the Tories are doing now. But then the Tories never dropped below 30% in the final year either – something which Labour now finds almost impossible.

UPDATE: I see that Janet Daly in the Sunday Telegraph should also be a Polling Dunce nominee for writing “… But their poll leads tend to be in the teens rather than the stupendous, overwhelming margins which New Labour was recording in the year before its landslide victory of 1997. “