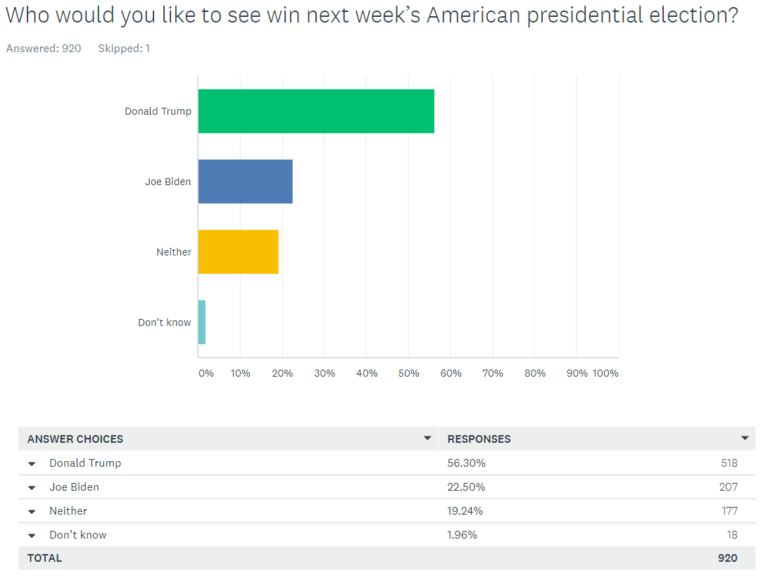 Has that now changed?

The above is from a ConservativeHome survey that was published four days before the American election on October 31st 2020 and shows overwhelming support for the incumbent who was seeking a second term.

At that time much was known about Trump particularly his racism, his lies and his flexible approach to the truth. Also it was known of the sorts of extremists who were ready to back him yet that didn’t seem to affect their views.

It will be recalled that Trump himself had threatened that an army of 50,000 poll watchers would be “monitoring” voting and that he had got his excuse for possible failure in early by his attack on postal voting.

We also know that the President himself has called Johnson “The British Trump” and that leading Tories like Michael Gove had been amongst the first to rush to see the WH2016 winner after his shock victory.

No doubt Michael Gove and others will be reminded of their support for Trump in future.