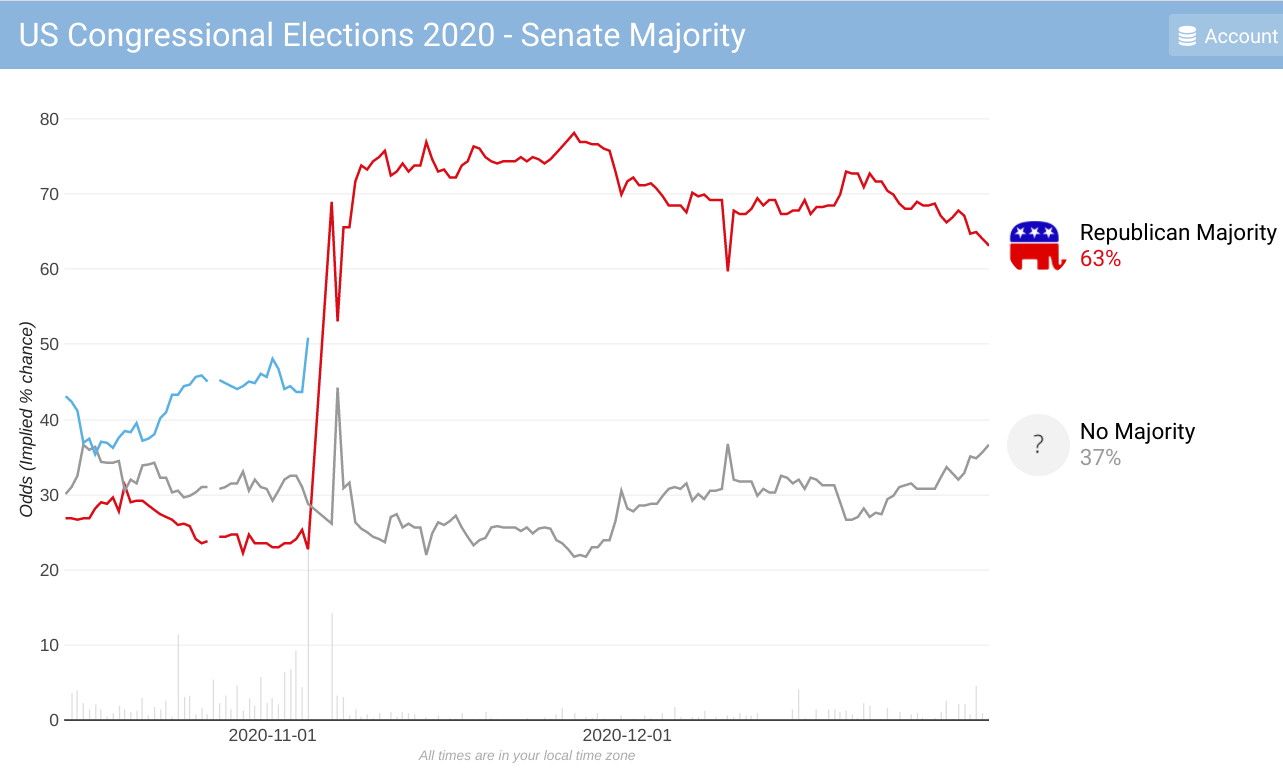 Chart of Betfair market from Btdata.io

Let there be no mistake about the Georgia runoff elections next Tuesday. These are massive and will have a critical impact on the success of the Biden administration after it it comes into office on January 20th.

For if the Republicans hold just one of the two Georgia Senate then they will retain control of the Senate in Washington and that adds enormously to the challenges of the new President as he seeks to make the changes that he is hoping to achieve.

Non trivial issues like the requirement that the Senate should approve a range of senior appointments make it even more difficult for Biden if the Republicans are still in control of the Senate.

Polling in Georgia has this very close and at the moment it looks like there’s a slight Edge to the Republicans but who knows. Punters should be aware about the above Betfair market is solely about whether the Republicans controlled the Senate which the market rules define as having 51 of the 100 seats. If you want to bet on the Democrats taking both seats than on Betfair you need to lay the Republicans.

On Monday the day before the election both Joe Biden and the loser who hates to be called a loser, Donald Trump, are both going to be in Georgia trying to help their parties in their final campaign moves.

Let’s hope that the count can be completed quickly.