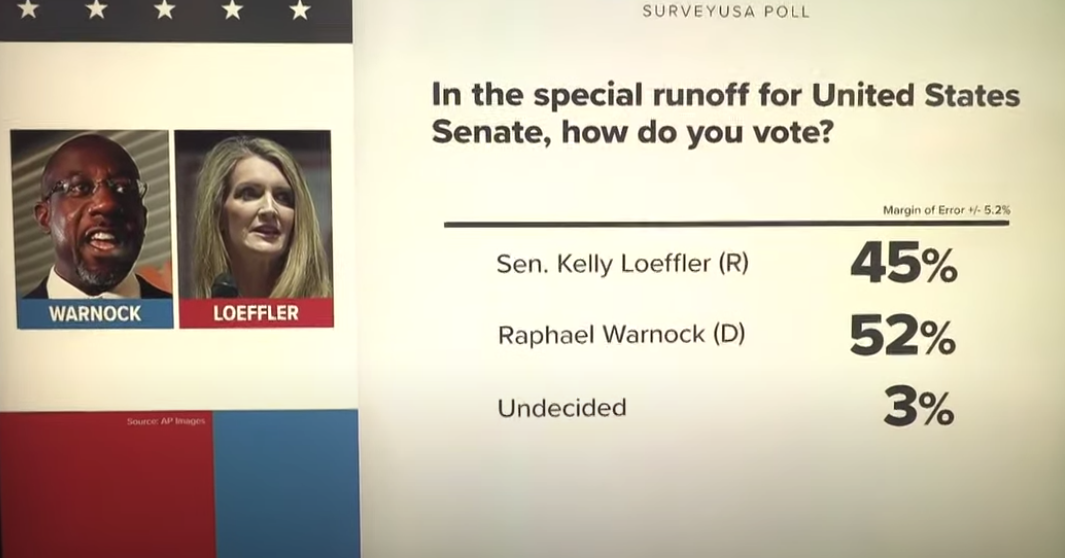 Sore loser and lame duck President, Trump, is planing to visit Georgia in the next two days in order to give his backing to GOP contenders in the two senate runoff races that take place on January 5th.

The outcome could have massive consequences for if the Democrats can take both seats then there will be a 50/50 split in the US Senate with the Vice President, Kamala Harris, having the casting vote.

Georgia has a unique electoral rule that candidates races for the state’s two Senate seats have to secure at least 50% of the vote in order for them to be be declared the winner. The Republicans just missed out in one seat by a bare whisker and so the run off has had to be arranged.

The state, of course, was one where the Democrats had its biggest success in the Presidential elections a month ago. The scale of swing to them there was in marked contrast to what happened in the rest of the US were generally they didn’t quite perform as well as the polls had been indicating.

One of the key factors here has been the extent of organisation amongst the black communities in recent years which has seen a huge increase in the size of the total of registered voters . Back in 2016 it was 3.6 million and this has now reached 4.3 million which is far in excess of any demographic or other change.

The presidential outcome has given a big boost to continuing voter registration efforts in the past month and, of course the fact that there’s a lot of focus on the state that is helping the Dems.

The only problem is that Biden’s party has a long history of doing badly in Georgia runoffs.

There are several ways you can bet on the outcome of these races . There markets on each of the races themselves and on who controls the Senate. Read the rules very carefully. I am on Dems at 24% with Smarkets.