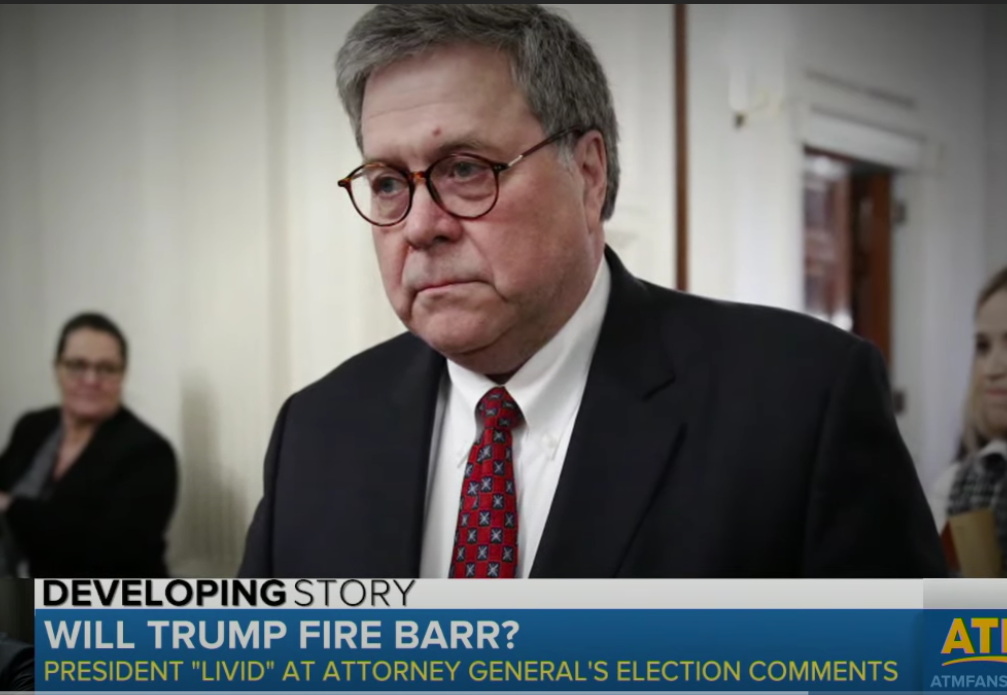 A month after the presidential election in the US in which the controversial President failed to secure a second term a big issue now is whether he’s going to sack his Attorney-general, Bill Barr who until this week has been a staunch Trump loyalist.

Bars’s “crime” in Trump terms is that he has failed to backup the big lie that Trump is trying to propagate about the election results being based on fraud – something for which there is no evidence and which has fallen flat in court case after court case.

Other senior officials in the Trump administration have also seen their jobs go for failing to support the president. A big name was the man in charge of cyber security of elections who found himself out of a job without even being able to say goodbye to his staff for not backing up Trump’s ludicrous claims.

The stakes are very high for the President who could face an onslaught of legal actions if he is is not president after Biden’s inauguration on January 20th. His protection at the moment is that he is President.

I don’t know whether there is betting yet on Barr’s future job prospects but it would make a good market. My guess is that he has about a 50/50 chance of survival.