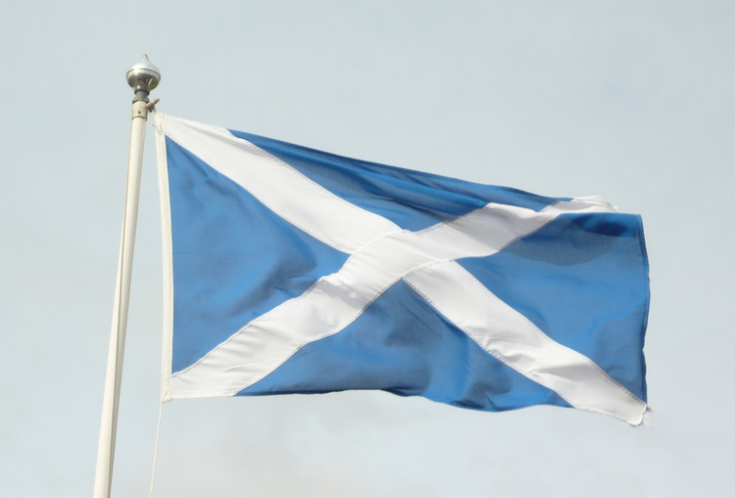 But it’s a task singularly ill-suited to Boris Johnson

TV used to be so much simpler. When I was growing up, there were only three, then four channels (though Channel 4 didn’t start up until mid-afternoon). If you wanted On Demand, you had to use a Video Recorder. Viewing was entirely through the box (and TVs were boxy) and the only thing resembling an internet was Ceefax and Oracle. They were also almost entirely passively consumed: no ‘e-mail, text or tweet us’ then; radio shows might have phone-ins where they’d go to Steve on Line 1 but the rest of the time, they broadcast and we watched or listened. Still, for all the changes since, I don’t honestly remember it being all that bad.

One consequence of this though was that television was much more of a nationally shared experience. Programs like Last of the Summer Wine or It’ll be Alright on the Night were able to pull in over 18m viewers, all watching at once: more than a quarter of the entire population. And it wasn’t just light entertainment, or indeed just TV. Shared experiences are one of the principal things that builds a community, alongside a shared sense of, and pride in, both the nation’s history and its future course. At the moment, the risk is that Scotland has none of those three.

And as Scotland heads towards a second independence referendum, one question unionists should be asking themselves ahead of time both in Scotland and elsewhere in the UK, is how do you build – or rebuild – that sense of national community? Because without it, the Union rests on a fragile and unsatisfactory transactional base: one that nationalists are more than happy to engage on because they believe (probably rightly) that at some point they will be able to persuade the public that the transactional balance has tipped their way. And they only have to win once.

Why has that sense of community, of nation, declined? It’s not entirely down to the absence of Denis Norden.

Boris Johnson had something of a point when he said that devolution has been something of a disaster, if by that he was judging by the standard asserted by George Robertson in 1995 that it would “kill nationalism stone dead”. Not only has it given the SNP a potent platform – one which both Salmond and Sturgeon have used effectively – but it has also compounded a strong sense of ‘otherness’ by making Westminster and Whitehall seemingly irrelevant.

That effect is partly down to personnel. Sturgeon is popular in Scotland, Johnson is not. A less effective performer as First Minister and less of a caricature as PM might shift those numbers back closer together but it’s not the only reason. Scotland could be forgiven for believing in London’s irrelevance, other than in pursuing foreign policies Scotland didn’t vote for. With so much domestic policy devolved to Holyrood, Scots could be forgiven for thinking that their Covid response was set in Edinburgh.

In part, of course, that’d be true. The four nations’ governments have differed in their health responses, though not all that much and not to huge effect. Scotland does have a better record but not by all that much: its 667 Covid deaths/million ranks behind only four EU countries, for example. The economic policy, however, has been driven by London and informed by the exceptionally low interest rates available for borrowing.

That sort of asset is the kind of thing all too easy to take for granted. Indeed, rather like the Remain campaign in 2016, Scottish No ran a relatively negative campaign that flagged up the costs and risks of independence without ever really joining up the dots or making an alternative positive case. In a second referendum, they can’t afford to make the same error again.

So where does the Unionist campaign go? The easy part is heads and hearts is heads. There’s an irony that to a large extent, the case Scottish Independence and Brexit are close to identical but the two cases have politicians switching arguments. That’s not a great start for any campaign based on logic. Even so, the UK single market, enabling people to move, live and work anywhere, without borders to cause disruption and with common external standards has multiple benefits. Likewise a shared, long-established, well-regarded currency. As does security, keeping the population safe, with very high-quality services in MI5, MI6 and GCHQ – as well as international links in Five Eyes and a top-level military. Not to mention the considerable subsidy that the Scottish government benefits from (though that’s a double-edged sword with the potential for resentment on both side – but it remains true all the same). As with Brexit, the issue is not so much the big vision but the thousand small, and not-so-small, benefits that make life easier, smoother and safer.

The harder case is that of the heart, where nationalists have made an immense amount of running over the last twenty years, compounded by the political, social and technological changes that have loosened the aforementioned bonds of Union. In truth, it’s not really a question that can be answered without Britain as a whole resolves something of an identity crisis: what is the country for? How does that shape its past? What does that mean for its future? At the moment, many people seem far keener to protest against an idea or a legacy than they are to create a new one. The Scottish nationalist campaign may be an exception in one sense but in another it’s merely the deepest form of that process.

In the short term, that may not matter, not least because there may well not be time to recreate the kind of shared emotional bonds that have withered. So what can be done? Well, repeatedly stressing the value of the practical things the Union does give would be a start. The Covid vaccine may well be a very high-profile case in point, assuming that the government insists that UK citizens get priority access.

But it’s also simply governing well. This is not the time to be upsetting people needlessly by careless actions, damaging policy and words capable of being taken as insulting. Unfortunately, such a mission is not one well-designed for Boris Johnson leading a government taking Britain out the EU; if Unionists want Scots to feel a sense of ownership and confidence in the London government, and the country it represents, Sturgeon could hardly have picked her opponents and circumstances better.