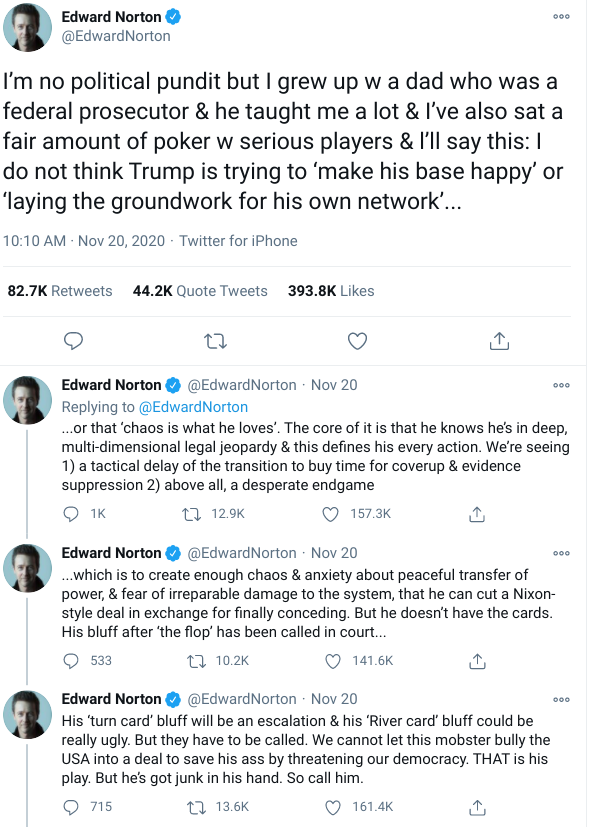 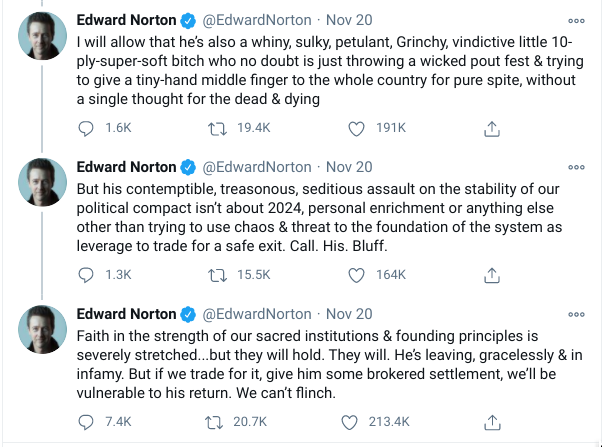 I think this analysis is on the right tracks. What must be dominating Trump’s mind at the moment is the possibility of facing criminal charges after the new President has been sworn on January 20th.

My betting is that he won’t concede but there might be a deal of some kind and Trump is trying to exert as much pressure a he can by not doing so at the moment and really hindering the transition.

This one has nearly two months to run.