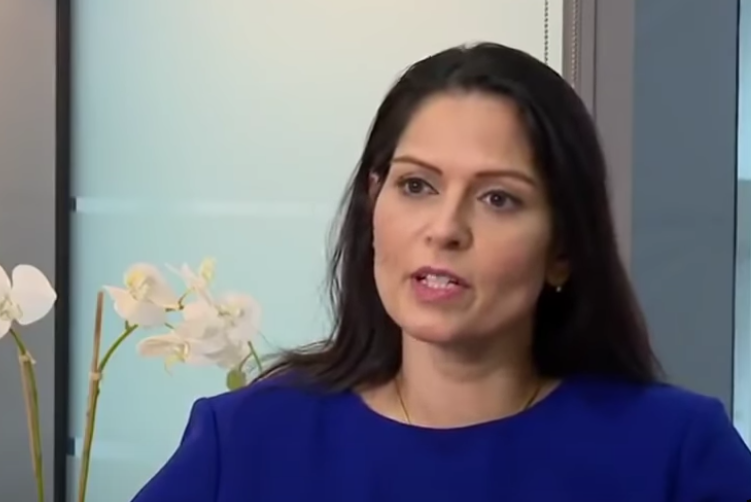 It was Anti-Bullying Week. It was also 17 years since the notorious Section 28 was repealed. The  government came out and admitted that last March it stopped funding schools anti-LGBT bullying programmes, despite knowing the harm that such bullying can cause. Perhaps they misunderstood what the “anti” bit actually means. After all the Home Secretary had some difficulty understanding what counter-terrorism meant. Maybe her staff were too scared to tell the fragrant Priti for, yes, she was found by an independent investigation (almost certainly the last truly independent investigation we’ll have under this government) to have bullied some of her staff in breach of the Ministerial Code. But unintentionally of course. She never realised that shouting and swearing at staff are, well, sub-optimal (despite being very firmly against bullying in March 2019). Apparently, you have to be specifically told not to. Was she brought up by wolves? Learning basic politeness is usually something you learn from your parents long before you are in the position of having any staff at all.

Quite why the independent investigator did not interview Priti’s former Permanent Secretary is intriguing. Will we ever know? No. Will anyone care? Only a few. If interested, watch out for the outcome of his employment claim.

Still, we can add “unintentional bullying” to this government’s lexicon to go alongside “world-beating” and breaking the law “in a specific and limited way”. Along with “economical with the actualite” (coined by an earlier adulterous Tory Minister) but which could be this government’s mission statement. So there is that.

The PM tried to change the independent investigator’s report. When that failed he simply ignored it, absolved Priti of her non-existent sins while she gave the usual non-apology apology which manages to blame the victims for being offended. Other Tory MPs were told to circle the wagon, which is a rather unkind – if broadly accurate – way of describing Ms Patel’s body shape. Normally so exercised by alleged bullying by John Bercow, they queued up to explain how lovely Priti had been to them. This may very well be true. It is entirely possible that Tory MPs have led such sheltered lives they have never encountered the phenomenon of ambitious people good at managing upwards and indifferent or worse to everyone else. Or they are raging hypocrites. You pays your money etc…

Still clarity has been achieved: we now know that there is only one standard in public life: not calling the PM’s girlfriend “Princess Nut Nut”. In writing anyway. (And not having an independent mind. But since that’s a purely theoretical risk with the current 364 Tory MPs we need not worry about that any further.) Thank goodness for that! Those tedious Nolan Principles for Public Life can be sent to the shredder (along with Dame Laura Cox’s report on bullying in Parliament). Those now utterly pointless roles and committees (Independent Advisor to the PM on the Ministerial Code, Head of Ethics and Propriety at the Cabinet Office, Committee on Standards in Public Life, Advisory Committee on Business Appointments, Anti-Corruption Tsar etc) can simply be abolished, the savings pocketed. Every little helps, eh Rishi! The poor man has to find £16.5 billion down the back of the sofa for a ship or two and some cyber toys for all those retrained ballerinas to operate, possibly humming “La Fille Mal Gardee” while they do so.

Or maybe they could be combined into one big new role for Dido who, we learned this week, had another paying role while working on Test’n’Trace and clearly has multi-tasking down to a T. Shame she’s so useless at all of them. She’s a director at an outfit which claims to be able to improve firms’ culture and whose important Poo-Bahs consist of friends of David Cameron and failed Tory candidates. Makes a change from Tory MPs and funders, one of whom, Lord Feldman, found himself reported to the House of Lords Standards Commissioner. How unlucky must he feel! He should have followed the BioIndustry Association’s example, who given a valuable contract by Ms Bingham, then wrote, entirely coincidentally and without revealing the contract, nice things about her. Who cares about conflicts of interest in this exciting world where mutual back-scratching is the only way to get ahead? Not Ministers and not anyone else, soon enough.

What of Labour? MIA again, alas. Trade unions set it up in order to give a voice to working people. Unite and others have now decided that it is far more important to give a voice to one 71-year old man responsible for leading the party to its worst defeat in 88 years and a finding of anti-Jewish discrimination. “Nothing is too good for the workers” used to be the Labour mantra. But nothing is what they will get if the unions have their way.

Meanwhile, across the Atlantic John Bolton finally said something sensible when he accused Trump of alleging a conspiracy to rig the election so vast that there was no evidence for it at all. The President’s lawyer gave a press conference so bizarre that it looked like another audition for a Borat film, the most worrying thing about it being that it was then tweeted on the Republican Party’s official Twitter account. From “Honest Abe” Lincoln and the Gettysburg Address to this. Are there no Republicans a touch ashamed of what their party has become? It took a Senator who believes that the word of God was found on some golden plates in the American West to say clearly that what Trump is doing is wrong: “It is difficult to imagine a worse, more undemocratic action by a sitting American President.” Unless others share Romney’s view, we might well have to imagine much worse.

Here 40 days before the Brexit transition ends, leading lights in the fisheries sector, many of whom funded the Leave campaign, suddenly discovered that new rules imposed by a Brexiteer government will likely put them out of business. Oscar Wilde’s comment on the death of Little Nell is the only possible response. The number of bureaucrats needed to enforce whatever the new rules will be would impress a Byzantine Emperor. Weren’t many of them called Boris? It’s all making sense now: the court intrigues, defenestrations, favourites cast out, scheming women behind the throne, even the harem, grand buildings and the eunuchs (aka Tory MPs) protecting the Emperor. Britain will become the new Constantinople ca. 1400.

There is some good news though: vaccines are on their way, produced by that once reviled caste – experts. We do have need of them after all. And we’ll get them by Easter: hooray! If you believe this government’s promises and ability to deliver, that is.

Quite what sort of normality there will be then is hard to say. Not one in which integrity will play any great part, at any event. It will become a historical curiosity, opined on in blistering speeches no-one in power will pay any attention to, practised in private by a few groups here and there, and old-fashioned individuals, increasingly feeling like mugs.