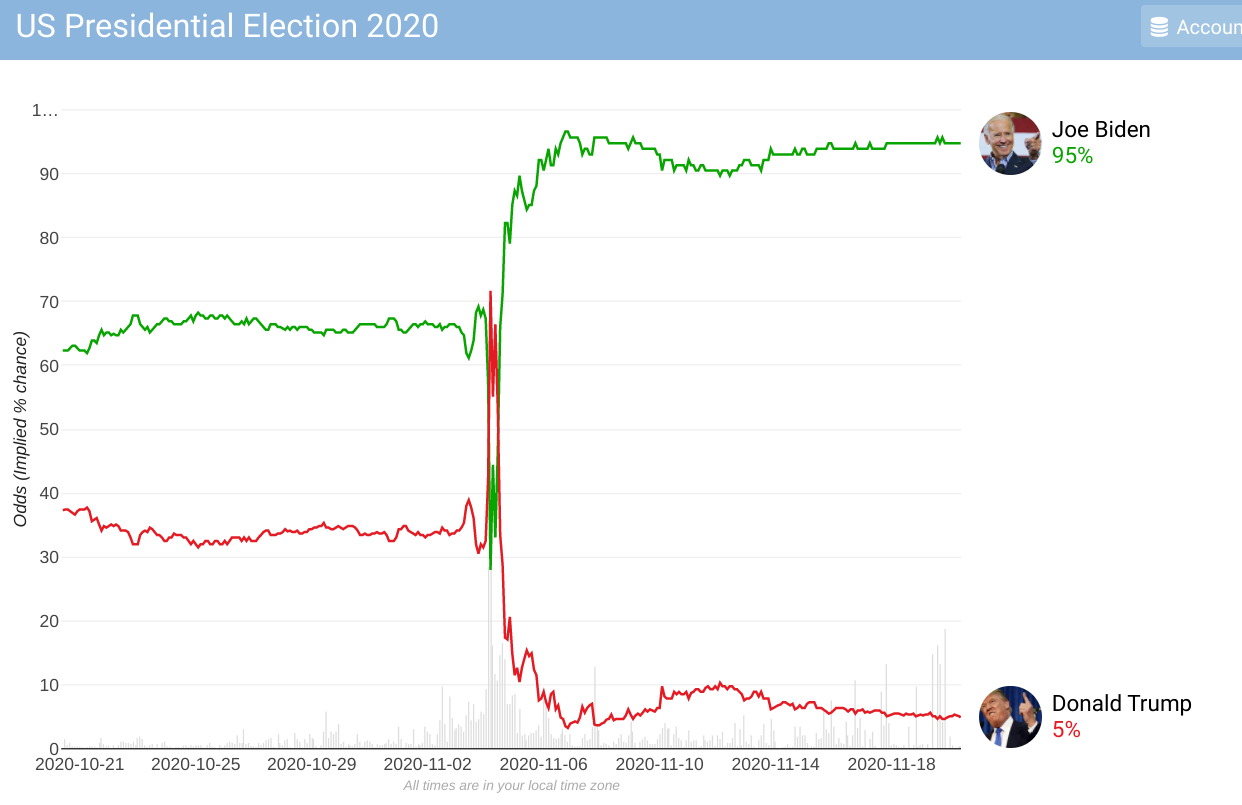 Above is the latest Betdata.io chart on the Betfair 2020 White House race which most bookies settled nearly a fortnight ago. Not so with Betfair who continue to accept bets and as I write the total value of bets matched has reached a staggering £793m up £166m over the past week.

The firm’s market rules state that:

This market will be settled according to the candidate that has the most projected Electoral College votes won at the 2020 presidential election. Any subsequent events such as a ‘faithless elector’ will have no effect on the settlement of this market. In the event that no Presidential candidate receives a majority of the projected Electoral College votes, this market will be settled on the person chosen as President in accordance with the procedures set out by the Twelfth Amendment to the United States Constitution.

It is the term projected Electoral College votes won here that I think is significant. This is not a bet on who will be installed as President on January 20th next year or who the Electoral College decides is the winner when it meets on December 14th. It is about the post election projections and those in this case happened the weekend before last.

In the US the Associated Press (AP) is generally regarded as authoritative when it comes to projections of this nature. On top of that we have the major US networks CNN, NBC, CBS and ABC who all reached the same conclusion at about the same time the weekend before last.

Today we will get the Georgia recount result and all the signs are that this will have Biden in the lead. Surely Betfair will regard this as the trigger to close what is by far the biggest political betting event of all time.