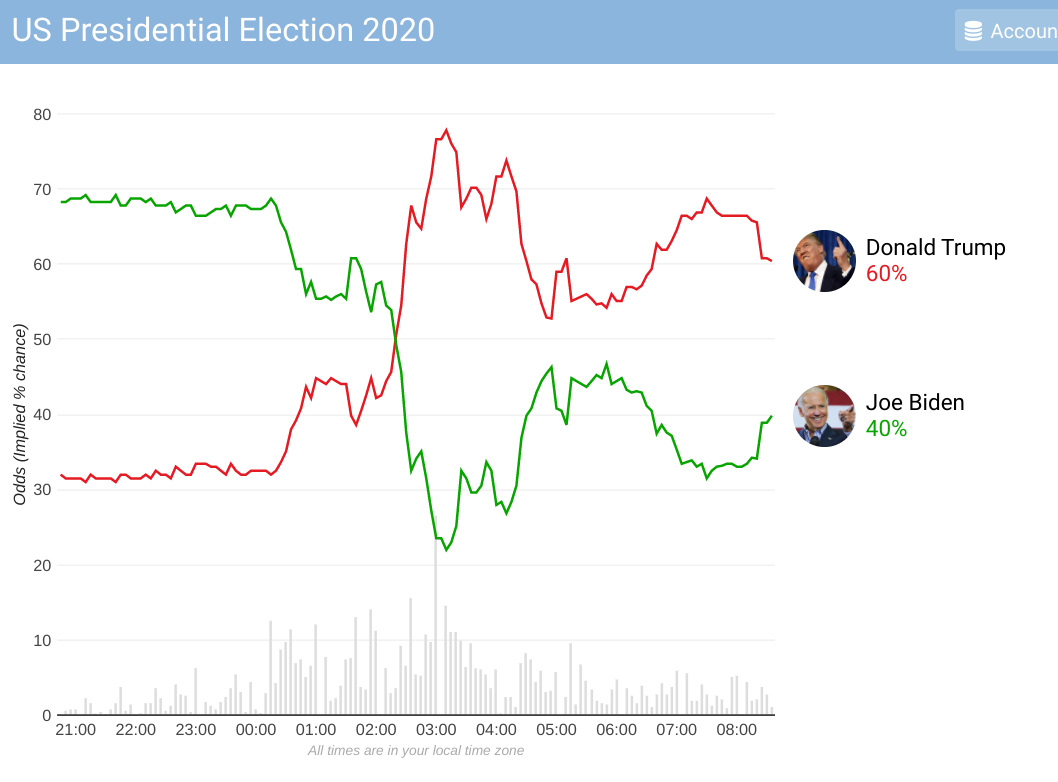 It is going to be days till we know

The Betdata.io chart tells the story of the night as seen on Betfair where there is no outcome yet but punters think that it will go to Trump.

Clearly there are furious battles ahead as results are finalised and this is going to drag for quite some time.

An extremely pleasurable feature was the PB election night Zoom gathering initiated by Barnesian. It was really good to reunite or put a face to many of those who we have come to know over the past 16 years of the site’s existence and benefit from the skill of other’s in finding out what was going on.

Amongst those there were Pulpstar, Viewcode, Exiled in Scotland, Harry Hayfield, Peter the Punter, Bunco, HYUFD, Nick Palmer, to name but a few.