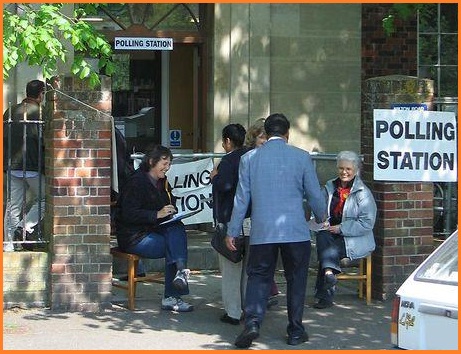 An unusual feature of the new Survation poll for the Daily Mirror is that, partly at my suggestion, it used the two stage voting question similar to that which we see in the Ashcroft marginals polling.

After the standard one was put the sample was asked to think specifically about the candidates likely to be standing in their seats and which one would they choose. The options were not the parties but were in the format of “the XYZ party candidate”.

Interestingly this produced a slightly different outcome to the standard figure which is in brackets:

So a minuscule changes but at the top a different party ahead. Certainly the level of the change was on nothing like the scale that we see in some of the Ashcroft single constituency marginals polling.

Maybe this is because voters in the marginals can, even at this stage before the election, have a greater level of awareness about the election than voters in constituencies that are not marginals. More than 80% of responders in national polls do not vote in marginals.

My view is that this close to the election that there should be only one question and that should be constituency specific getting people to think about the candidates. After all in general elections the actual choice is for an individual to be our MP not a party.