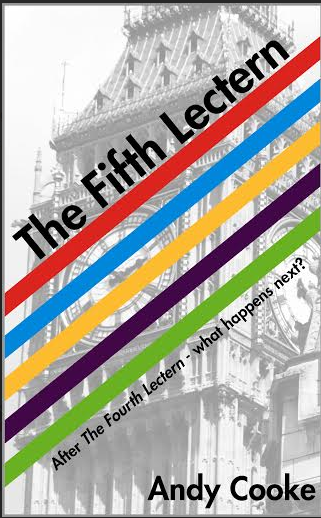 Fun reads for a long plane or train journey

Andy Cooke, a longstanding PBer and contributor has written two Kindle counter factuals starting starting with the premise of what would have happened if UKIP had been part of the leaders’ debates at GE2010.

The first “The Fourth Lectern: What if UKIP entered the 2010 General Election Debates?” poses the question of if it had happened earlier, in the dying days of a Labour Government? What if four-party politics had taken hold in the last election, in the last moments before the campaign began? What if the BBC, in attempting to close down arguments over whether the SNP and Plaid Cymru should be in the debates without excluding the Liberal Democrats, accidentally opened the door to UKIP?

The campaign would have been rather different. Election night more so. And the aftermath?

Andy has a follow-up “The Fifth Lectern: After ‘The Fourth Lectern’ – what happens next?“.