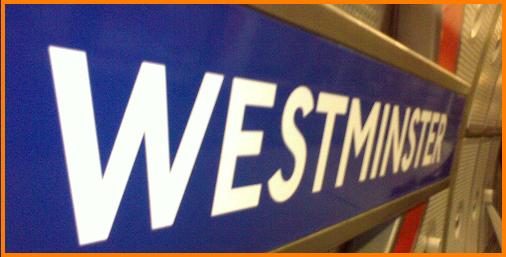 George Osborne turned lobbyist this week.Â  Despite the fact that he is, in theory, one of the most powerful members of the government, his advocacy of an above-inflation increase in the minimum wage carries virtually no weight.Â  Why?Â  Because he doesnâ€™t set it â€“ and nor, in effect, does anyone else in the government.Â  Rises are done on the recommendation of the Low Pay Commission and while ministers can overrule it, doing so defeats the purpose of it being there in the first place.Â  So they donâ€™t.

Itâ€™s part of an increasing trend.Â  The response of the three party leaders, and of other MPâ€™s, to the pay review bodyâ€™s decision to increase MPsâ€™ salaries by 11% was (understandably given the public outcry), that they oppose it, yet the rise will almost certainly happen anyway because parliament has contracted out the decision and the responsibility.Â  Such are the risks of leaving things to experts who donâ€™t need to consider public opinion.

Yet public opinion ought to be if not at the heart of a democracy then certainly at least in the process somewhere.Â  After all, one of the main reasons why the public elect politicians is to represent their views.Â  Another is to run the country.Â  Itâ€™s not to parcel out the whole business and then lobby those experts appointed in the hope that theyâ€™ll do what they believe will be right, or popular, or both.

The problem is that itâ€™s superficially popular to suggest taking decisions out of the hands of politicians and to place them with those who should know best: it sounds selfless of ministers, removing the temptation for political game-playing from their own hands (and their successors), and handing decisions to those best-placed to know how to run things in the interests of the country.Â  And to an extent it is â€“ until the decide something unpopular.Â  Before the election, the Conservatives proposed handing over the running of the entire NHS to an independent Board; something the Lib Dems were right to torpedo.Â  Ministers have to be responsible for what the government does which means ultimately control and policy must rest with them, even if others do the implementing.

The same is true of the economy.Â  The decision to hand over the power to set interest rates to the Bank of England was one of Labourâ€™s better ideas but they were right to task the Bank to set them within the targets and policy of the government.Â  For this government to allow the current Governor to effectively change that policy was a mistake: who is now accountable for the policy?

Clearly, experts are needed.Â  The days when the Foreign Secretary could turn up at Cabinet seeking approval of a treaty the draft of which heâ€™d written himself â€“ as George Curzon did in 1921, for example â€“ are long over.Â  However, experts should serve, advise and implement; they should not be the ones setting policy.Â  We are supposed to live in a democracy, not a technocracy.Â  On which point, if they really believe in it, Osborne and the cabinet could make a start by setting the minimum wage themselves.