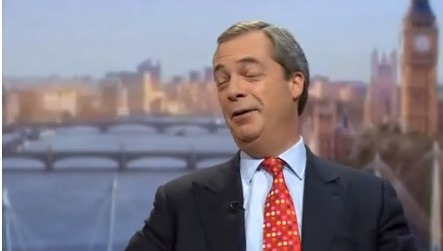 With the cash & all the coverage UKIP have to succeed

For a party that doesn’t have a single MP it’s quite remarkable that UKIP goes into next May’s EU elections as the evens betting favourite to come out top on votes.

The Sykes donation on top of the extraordinary level of coverage for Farage, have simply added to the expectations and the party simply has to come top. Receiving a few million pounds from a Yorkshire tycoon has its downside.

Last time UKIP pipped LAB for second place so a repeat of the 2009 performance is not going to be enough.

Let’s not forget that all the polling there’s been on next year’s election has had UKIP some way behind LAB. A month ago, for the Mail on Sunday, Survation had LAB on 35% with UKIP on 22% only one point ahead of the Tories. The LDs were in 4th on 11%.

In the coming months UKIP MEPs and Farage in particular are going to come under fierce attack from the Tories who don’t want them to get any traction whatsoever from the May 2014 outcome. Their attendance records, their expenses and the fact that so many of those elected at EURO2009 are no longer with the party are going to be highlighted.

It is going to be much harder going than they’ve known before.