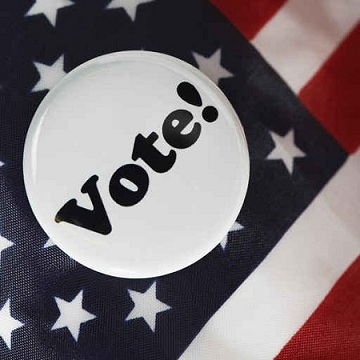 It may seem a little early to focus on the US Elections â€“ the Midterms are still a year away and the Presidentials are not due until November 2016 â€“ but regular political punters will know the importance of reviewing the field early. US Politics have provided us with some of our richest pickings and it has often been the case that great value has been obtained by taking an early position. I should say now is about the right time to start building up your US portfolio, and with that in mind I contacted my favourite mole, a Democrat Party worker in California, and we went over the form together.

It is probably a tribute to the wit and wisdom of PBâ€™s regular US contributors that she had little to say that was novel and on the whole she reinforced what we hear from time to time from our many excellent US posters, such as TimB and Hyufd, but a quick review of the odds and my own thoughts might help some to judge where a little value can be found.

The big current issue is of course the Government shutdown resulting from the debt crisis and – from a betting viewpoint – who won, who lost, and whose odds are now too big?

While the consensus seems to be that the Republican Party [GOP] came off worse than the Democrats, neither came out of it well. Generally speaking, â€˜Governmentâ€™ did badly. Moreover, some leaders who may have been criticised nationally for their role in creating the impasse nevertheless benefited locally from their firm stance. In this sense, the old clichÃ© that all politics is local rings true, so we can expect to see some candidates emerging stronger despite espousing policies that are not necessarily popular nationally. Ted Cruz, junior Senator from Texas, is an obvious example.

There may be some value in identifying such candidates now and backing them ahead of the rush â€“ and Cruz at 16/1 for the Republican nomination looks a sound trading bet to me â€“ but the more cautious may wish to wait until January is out. We are due a rerun of the debt crisis early next year and it may be that the voting public will take a different or harsher view of their representatives next time around. Some senior GOP politicians, such as Rick Santorum, have tried to temper the Partyâ€™s more belligerent wing, fearing a public backlash. However, local candidates are often roared on by a vocal Party base which can make such appeals futile. It is hard to predict how this will all play out in electoral terms. My own view is that the GOP is at the greater risk, but the situation is volatile, and I would not commit much money on the likely outcome.

There is little of interest to punters here. The consensus seems to be that in terms of votes, the Democrats should do quite well, but the incumbent Party is vulnerable in very few House seats and the Republicans should hold on to their majority comfortably, as the odds of 1/6 suggest.

Itâ€™s slightly different in the Senate, where voters are somewhat less likely to cling to Party allegiances. You can have 5/6 either Party. I would be more inclined towards the Dems at those odds, but they hardly set the pulse racing.

Donâ€™t be persuaded either way by the outcome of the imminent election for the Governor of Virginia. Local factors predominate and the contest was described to me as â€˜â€¦an asshole versus a train-wreckâ€™. The asshole is likely to win but there is no betting market to speak of and few implications for the national picture.

Although PB has a network of spies and informants that would make the CIA envious, it has so far been unable to unearth any reliable information on Hillary Clintonâ€™s health and whether it would prevent her from running, or indeed whether she even wants to run. The equation is simple. If she stands for the Democratic Party nomination, she wins. I simply do not see any other candidate with a hope of beating her. Few are likely to try and the nomination process should therefore place little strain on her energies and resources. If you take her health on trust therefore â€“ and I would be inclined to â€“ the 6/4 on offer from William Hill is exceptional value, even allowing for the eighteen months or so you have to wait before you collect.

It follows that the 11/4 (Stan James) for her to be next President would also be good value. All the polling indications are that she wins against even the very best GOP candidate (probably Christie, but possibly Bush, Ryan or Rubio), assuming they pick the best, which on past form is far from certain.

Itâ€™s a completely different ball game, however, if she does not run. Donâ€™t rule out Joe Biden. He may seem a little dull and uncharismatic, and he may suffer from foot-in-mouth disease, but rather like George W, he has a folksy charm which appeals to a broad electorate. At 16/1 heâ€™s a good cover bet. Elizabeth Warren, 20/1, would delight the Democrat base, but energise the GOP. She is unlikely to feature unless it looks like the GOP will nominate a whackjob. Similar comments apply to Kirsten Gillibrand at 20/1. I backed her at bigger prices, but realistically she can only be a trading bet now. Cuomo, 16/1, ticks a lot of boxes but is a New Yorker, which seems to be a virtual disqualification these days.

I donâ€™t see any other Democrat likely to beat a half-sensible Republican choice.

You can get evens with Bet365 about a Democrat winner of the Presidency in 2016. That seems pretty fair value to me, since you are probably on Hillary at good odds, with a saver on Biden if she drops out. Similarly, I think the odds of 5/2 (William Hill) on a female winner are good, since there are several plausible female winners in addition to Hillary. You could even be paid out early if the showdown is between, say, Clinton and Martinez. Thatâ€™s by no means an impossible scenario, but I am digressing now into the Republican side of the equation. It is the more interesting side, in my opinion, with the better betting opportunities, but Iâ€™ll cover that in a separate piece.