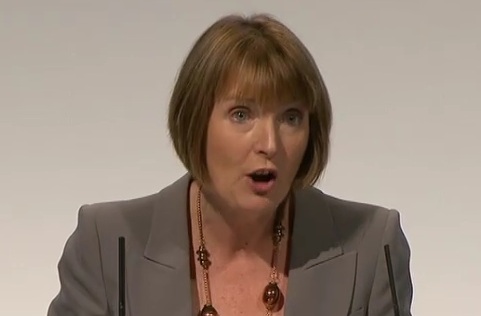 Would stability be the prime concern if Miliband went?

Ed Miliband has now been leader of the Labour Party for longer than Gordon Brown was.Â  For the majority of that time, Labour has been comfortably ahead in the opinion polls andÂ has made steady progress in local council seats and Westminster by-elections.Â  Even so, doubts continue to be expressed about his leadership.Â  Labour has not shown much ability to set a policy or media narrative since he became leader and perhaps is not trying to â€“ or at least, not trying hard enough.Â  On a more personal level, his own ratings are nothing to write home about and while the headline leadership satisfaction figures are better than Cleggâ€™s and similar to Cameronâ€™s, the scores for personality attributes should worry him.

Having said all that, I fully expect Ed Miliband to lead Labour into the next election.Â  For one thing, Labour has nothing like the tradition or appetite (or easy mechanism) for removing leaders that the Tories have; for another, it would be difficult to publicly justify a change with the polls as they are; for a third, itâ€™s not obvious that Labour have an alternative leader whoâ€™d do better or wants to try.

But Miliband being strongly odds-on to stay until at least the election doesn’t mean thereâ€™s not value elsewhere.Â  When the Conservatives dumped IDS mid-term as leader, it was party elder statesman Michael Howard who took over unopposed.Â  When Charles Kennedy was forced out by the Lib Dems, the beneficiary (of sorts) was his deputy,Â Menzies Campbell, before they went to the opposite extreme and elected Clegg when Campbell resigned.Â  There is a clear trend that parties who believe themselves to be under performingÂ choose a leader on the thin-pope-fat-pope principle.

To that end, I very much doubt that if Miliband were to go, heâ€™d be replaced by another of his generation such as Balls, Cooper or Burnham, never mind one from the next (and members of both could be forgiven for having one eye on the post-2015 situation).Â  The 2010 leadershipÂ election was the time to gamble and pick someone who could grow into the role.Â  An election between now and 2015 would require as the outcome a safe pair of hands.

To that end, the options are very limited.Â  The experienced members of Gordon Brownâ€™s cabinet have largely melted into the background with most having retired from the front line, voluntarily or otherwise.Â  Alistair Darling might be a possibility were he not fully occupied (very effectively) leading the unionist campaign in Scotland â€“ a campaign Labour really needs to win.Â  The other obvious candidate would be Labourâ€™s current deputy leader, Harriet Harman.

Harman is 63 and would have little to lose should a vacancy arise in the scenario weâ€™re considering, much like Howard didnâ€™t in 2003.Â  Nor would potential future leaders have much to lose in letting her have a go unless people believe they could do substantially better, which sets them an unenviably high bar to start with.Â  At the time of writing, Harman was 33/1 to be next Labour leader with Ladbrokes and Paddy Power.Â  That strikes me as generous.