This must put in doubt Caroline Lucas’s future 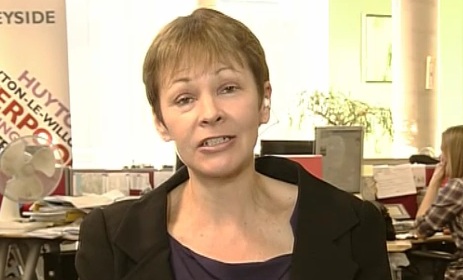 Could they end up with zero MPs?

One of the most sensational results at GE2010 was the victory by the then Green party leader, Caroline Lucas, in Brighton Pavillion. This was a huge breakthrough for the party and followed years of work on the ground winning council seats and building up an organisation.

As Harry Hayfield reported on the previous thread the Greens built on the momentum of the general election victory to become the biggest party on Brighton council at the 2011 locals.

Overnight, though, the party suffered a huge set-back when it lost one of those council seats, Hanover/Elm Grove, to Labour in a by-election. The result was close, 1396 to 1358, but it represented a GRN>LAB swing of more than 11% since 2011

This must put into question the ability of the party to hang on to its only Westminster seat at GE2015. Hanover/Elm Grove was one of the party’s strongest wards and the failure to retain the seat says a lot about their organisational strengths.

The result is also an indication of Labour’s current campaigning in its key targets – the seats it must take if it is to have any hope of returning to power. Even though we are 22 months away from GE2015 it is putting big efforts in.