From the Lord Ashcroft polling released on Friday, there was focus upon the three established party leaders.

Overall, views of the three leaders have changed remarkably little over time. Asked to choose from a selection of words and phrases that might describe them, participants continue to choose â€œout of touchâ€ for Cameron, with â€œstands up for Britainâ€ as a positive counterbalance. Miliband remains predominantly â€œweakâ€ and â€œout of his depthâ€, with no very prominent positives. Clegg contrives to combine the weaknesses of the other two, being â€œweakâ€, â€œout of his depthâ€, and â€œout of touchâ€ all at the same time.

This fits in with the Mori leadership ratingsÂ which shows all of them consistently with net negative ratings.Â

Here’s how the word cloud for all three party leaders looks like.

First up, for Dave 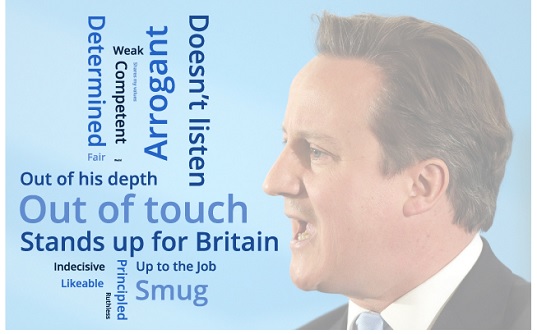 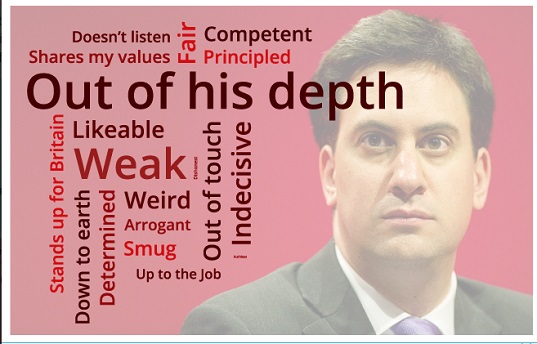 and finally for Nick 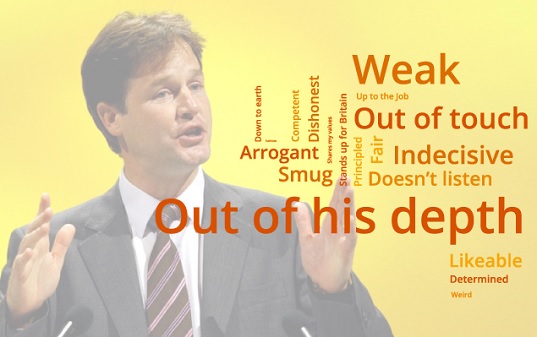 Is this a symptom that we live in a cynical, anti-politics era, or is it fair comment on the leaders we have, and thus explains why UKIP are doing so well, as the voters aren’t enthused by the traditional parties and their leaders? Alex Salmond’s net positive ratings in Scotland shows it is possible to viewed positively by the electorate in this era.