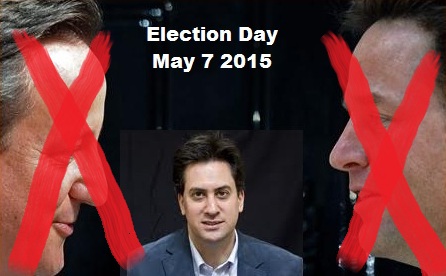 The Conservative Party is one of the oldest and most successful political parties across the world.Â  It is so partly because it has had in the past displayed a surprisingly flexible approach in adapting to defeat, and partly because it has ensured it dominated the political field on the centre-right, either by eliminating or allying with rivals.Â  So can it do so against in response to the rise of UKIP?

The formation of the Con/LD coalition went directly against that historic practice.Â  The breadth of the political ground covered by the two parties inevitably meant that the policy compromises would alienate the Tory right but those lost predominantly to UKIP could not be replaced by voters to the left of the Tories as those who would most naturally be attracted â€“ right-of-centre Lib Dems â€“ will be perfectly happy with what Cleggâ€™s doing.Â  For the first time in over a century, the right is more split than the left.

That situationâ€™s not something which can easily be resolved before the election.Â  UKIP has a fairly clear field to make populist noises that individual Conservatives might echo and the Tory front bench might hint at for a future single-party government but cannot do anything about for now.Â  To some extent, they wouldnâ€™t be able to do anything about the discontent anyway, which is less about specific issues than a general discontent with modern politics.Â  Still, itâ€™s a wave UKIPâ€™s riding effectively.

What about after the election?Â  If it results in a Conservative win then the issue probably goes away.Â  Such circumstances imply that Cameron (or his replacement) has succeeded in attracting many of the disillusioned back the fold.Â  That scenario is, however, judged by the markets to be the least likely.Â  Another coalition with Conservative involvement would simply reinforce the existing dynamic.

By contrast, a defeat would force the Conservatives to face the reality of what the split on the right had delivered, as well as the opportunities for healing it.

The biggest division would be the question of the EU but the Conservative Party is now heavily EU-phobic and while that might not be obvious at parliamentary level itâ€™s more openly so in the voluntary party.Â  Were UKIP to take, say, 10%+ in the 2015 election, that would be taken as a green light by many to advocate EU withdrawal (irrespective of whether that was really the factor that had pushed voters that way).Â  It is far from unrealistic to believe that adopting such a policy could be decisive for a leadership contender, particularly with the prospect of Ed Miliband signing up to five more years of Euro-socialism.

With the EU question resolved and the luxury of opposition reducing the effect of UKIPâ€™s none-of-the-above attraction, the field would be clear to either repeat the experience of allying with the Liberal Unionists of a hundred and more years ago, or the National Liberals either side of WWII, or to watch them wither, depending on how much strength they retained.Â  It will take the chastening experience of defeat but it has happened before in Britain, it has happened in other countries such as Canada (which was more of a reverse takeover but the principle was the same), and it could very easily happen here again.