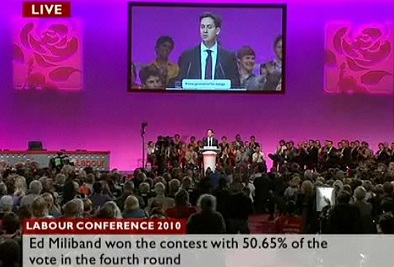 There is a bit of talk as to whether certain Conservative MP are able to be endorsed by UKIP and stand with two party emblems next to their name on the ballots paper. This is now possible under updated election law. This week Peter Bone MP took to the airwaves arguing for joint Conservative and UKIP candidates to take advantage of this:

I can see why that would be attractive to the certain individual MPs as they attempt to ride both horses to save their skin. It could be less straight forward for the parties. As weâ€™ve come to appreciate UKIP can now win votes from Labour and in Northern heartlands. If UKIP backed joint candidates with the Tories it could endanger their appeal in many parts of the North where the blues remain so toxic. Look whatâ€™s happened to the Lib Dems in the urban North there as a result of coalition with the Conservative. For UKIP to pull it off it would need a suitable number of Labour MPs to enter in a similar arrangement. This is never going to happen. The party simply wouldnâ€™t permit it.

Being backed by two parties would also raise other issue when candidates become elected and arrive in the Commons. Theyâ€™d potentially experience contradictory whipping operations. Would they be permitted into the 1922 or would their loyalties be questioned? Many Labour MPs have dual â€˜identitiesâ€™ as Labour and Co-op Party MPs. The difference is that the Co-op Party doesnâ€™t stand against Labour MPs and there is no Co-op whip as would surely be the case with UKIP. Conservative and UKIP MPs could pose as many problems as solutions. All in all this seems a clunky response to the fragmented state of British politics and avoiding the bigger problem further upstream â€“ the electoral system itself.

Itâ€™s worth casting more than a momentâ€™s glance at what might have been for the blue party. The electoral system that would suit the Conservatives the most right now is the one they campaigned hard against early in the parliament – the Alternative Vote.

This would have effortlessly allowed right-leaning voters to support UKIP first and Conservative second without fear of â€˜splitting the voteâ€™ and letting in Lib Dems or Labour.

Instead David Cameronâ€™s Conservatives are now going to have to try and win back the support of UKIP while not alienating their more moderate supporters. Not an easy task. Itâ€™s all well and good Boris Johnson arguing that the rise of UKIP is good news for conservative ideas â€“ but here speaks a man who isnâ€™t going to be held account for the outcome of the next general election and has to fret about marginal seats.

What does seem strange looking back is how the official Yes 2 AV campaign went out of its way not to include UKIP in its campaign. Instead as a result it gave the impression of being a liberal middle class enterprise rather than one based on some wider democratic concerns with First Past the Post that would have almost certainly included UKIP. Comfort zone politics at its worst. If an AV campaign and referendum were re-run today I wonder if the result would different with Farage on the platform? Iâ€™m pretty sure it would.

Is there any regret at all among Tories that they opposed AV in the referendum? I donâ€™t see any sign of it despite it possibly being a pivotal moment for the party.

Will much of the UKIP vote come to the Conservatives closer to election as some at CCHQ hope? Iâ€™m not certain. Itâ€™s starting to look like First Past the Post could make it harder for Conservative Party to win power in the years ahead – itâ€™s certainly helped give it a stinking headache with UKIP now.

Despite his support for it, Ed Miliband could well be the biggest beneficiary of AVâ€™s defeat. As with the avoidable collapse of boundary changes, the Labour leader is starting to look lucky.