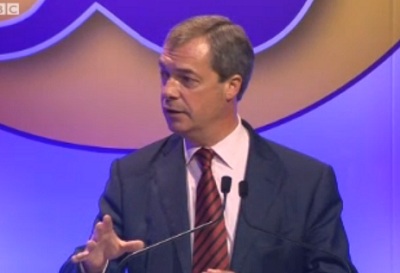 The party described as mostly fruitcakes and loonies and closet racists by David Cameron hits 14% with two online pollsters.

UKIP has risen to 14 per cent, its highest ever rating in a ComRes poll, in an exclusive survey forÂ The Independent on SundayÂ tomorrow, shared with theÂ Sunday Mirror. Labour enjoys an 11-point lead. The LD drop is just 1%.

In the last ComRes phone polls, two and a half weeks ago, UKIP was on 6% thus reinforcing the point that UKIP is doing better in online polling.

Whilst with Opinium for the Observer has the following scores

Following on from the recent Â TNS-BMRB poll, which showed UKIP on 16%, these polls will hearten UKIP, their next challenge is to achieve similar polling with phone pollsters.

Note: This thread was originally written by Mike Smithson and updated, amended & published by TSE.