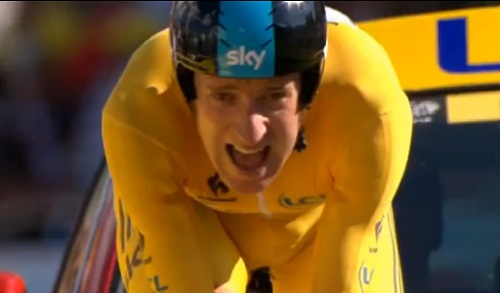 Does the Golden Year have one last surprise in store?

Political betting is generally about understanding two things in any particular contest: the candidates and the electorate. So with big TV votes. In the case of Sports Personality of the Year (Spoty), the electorate is particularly important given that the candidates play a largely passive role â€“ what we know about them isnâ€™t likely to change between now and tomorrow night.

As things stand, Bradley Wiggins is a very strong favourite â€“ commonly 1/3 with bookies, though about 1/2 on Betfair â€“with Mo Farah and Jessica Ennis around 7/1 each and Andy Murray up to 16/1. The rest of the very strong field is either into three figures or close to that mark.

That looks a touch short for Wiggins. There is undoubtedly a powerful case for him: his achievement as the first Briton to win cyclingâ€™s premier event, topped off with an Olympic gold and a refreshing, down-to-earth personality ticks many boxes. Cycling has also proven well able to provide Spoty winners: two of the last four to have lifted the trophy were cyclists.

Favourite, yes, but a 70% or more chance? That seems high.

Best placed to pip Wiggins is probably Jess Ennis. After the furore last year that followed the perceived bias of an all-male shortlist, there may well be a bit of a backlash, particularly among women viewers, and Ennis is the obvious beneficiary.

Sheâ€™s twice been a top-three finisher in the last three years, so has form, and it was not for nothing that she was one of the faces of the Olympics beforehand, and importantly she comes across as a very likable athlete. Thereâ€™s probably value there. In normal years, there might be a concern that thereâ€™d be a split athletics vote but the scale of Olympic coverage and achievement transcends that. In any case, there are two cyclists nominated too.

In fact, itâ€™s a measure of the strength of this yearâ€™s field that Britainâ€™s most successful Olympian of all time, Chris Hoy, is an also-ran. He wouldnâ€™t be had he not already won. Likewise, in many other years Andy Murray would be a shoo-in but heâ€™ll have other chances, as will Rory McIlroy â€“ something that counts heavily against their chances this year â€“ while Ben Ainslie four Olympic golds in a row wonâ€™t overcome his low profile.

Having said all that, firsts tend to be particularly well rewarded and the scale of Wigginsâ€™ first is such that Iâ€™d anticipate him to be holding the trophy at the end of the evening. I just wouldnâ€™t back him to do so at his current odds.