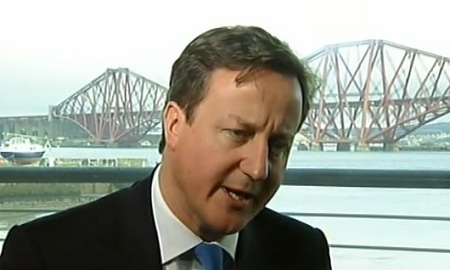 Prince Metternich supposedly wondered on the death of the French Diplomat Talleyrand: â€œWhat did he mean by that?â€ In this vein it’s worth asking what are the Prime Ministers motives are and what does it tell us about how he sees his and his parties fortunes and future? David Cameronâ€™s support for homosexual marriage is the right thing, yet it seems very odd to me that he has he chosen to do this right now. It seems to me that there are 6 reasons why political leaders typically do things.

Principle – this is what they came into politics for. A longstanding commitment to a cause. This canâ€™t be said about Cameron on this issue. This is a man who 9 years ago voted for keep Section 28. He attacked Tony Blair for the â€œpromotion of homesexuality in schoolsâ€ and for being â€œanti-familyâ€. Only four years ago he voted to restrict the right of lesbians to access IVF treatment. Peter Tatchell he ainâ€™t.

National interest â€“ something that is a pressing need for our country. We are facing monumental economic challenges and many of our core public services inching closer to breaking point. Surely even those in favour of homosexual marriage can hardly argue this is should be a political priority right now? I had similar thoughts during the endless debates on fox hunting under Labour, yet the times right now are much more serious.

Electoral calculation â€“ Apparently George Osborne was enthused about the issue following the US Presidential election. However it reinforced core Democrat values and rejuvinated Obama’s base. You can’t just transport the same acts to a centre-right party. While there is strong public support for this issue in the UK, there is still a significant minority against it. Will it be enough to actually win votes to Cameronâ€™s Conservatives? Iâ€™m not sure. Instead Labour can exploit the Conservatives being a divided party. Given the certaintly of the vote passing, there is every incentive for backbench Tories to ‘rebel’ on this free vote. Blair used to choose to pick fights with his party from time to time arguing that his partyâ€™s core support had nowhere else to go. They responded by not voting at all. However far more perilous for the Conservatives is that there is a ready-made vehicle of protest in UKIP and Farage is ready to exploit it.

Pressure â€“ no realistic alternative. The Leveson Inquiry was an example of this but there arenâ€™t 2 million people marching for â€˜gay marriageâ€™ right now. The press arenâ€™t demanding it and activists arenâ€™t exactly hammering down the door on this issue.

Definition â€“ helping the public understand who their leader is and what he isnâ€™t. Definition usually takes place very early on in a leaderâ€™s tenure when opinions are not settled. Cameron has been Conservative leader for 7 years now. This was not in the Conservative Party manifesto. Perhaps it would have been better if it had. Is this part of an attempted relaunch? Possibly.

Legacy â€“ Is this one of the things that the Conservative leader wants to be remembered for. This could be incredibly divisive for the party activists and it could be remembered for all the wrong reasons. It could be on Cameronâ€™s political tombstone – a shorthand of â€˜everything wrong about Cameroonismâ€™.

Itâ€™s not just me wondering why the Prime Minister has gone down this route. Paul Goodman scratched his head over at Conservative Home this week in a bewildered article spelling out the consequences.

Authenticity matters. So if Cameron has good reasons to explain, support and justify this move right now, then he should probably share it.