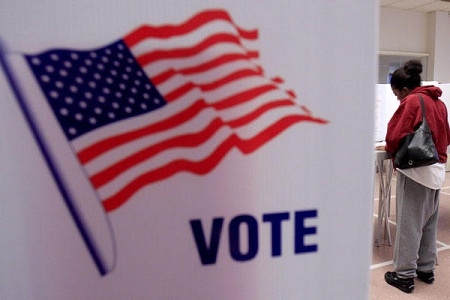 Edmund in Tokyo on the Obama fight-back

One big question about the presidential election has been whether Republicans enthusiastic about defeating Obama and Democrats merely inclined to keep him, Romney will win the election by differential turnout. The Republicans often poll better among likely voters than registered voters, the combination of a weak economy and an uninspiring debate performance now puts the gap at as much as 5%.

But in an election where 6 billion dollars worth of persuation is being targetted at a small number of unfortunate voters, you may need not need to be enthusiastic to be persuaded to vote. As Iowa election commissioner Tom Slockett put it,

If you vote early they stop calling you,â€ said Slockett. â€œThe campaigns are pretty well organized these days. Once they check you off as having voted, they take you off the list for robo-calls. The sale has been made.

There is some evidence that the Obama campaign’s organization is turning out voters who may not have been thought likely to vote. While Mitt Romney was blowing away Obama’s national lead in the first presidential debate, the Democrats were mopping up actual votes on the ground in Ohio.

According to PPP’s latest poll of Ohio, 19% have already voted early or absentee, with Obama taking 76% of them, against 24% for Romney.

NBC/WSJ/Marist have a smaller move, but they are reporting an increase in the number of self-identified Democrats in their likely voter sample, from an 5-point lead last week to a 11-point lead this week. They put it down to this:

One factor that may have pulled the party ID more heavily toward Democrats in this poll was early voting. One-in-five respondents (18 percent) said they have already voted, and, of those, almost two-thirds (63 percent) said they voted for Obama.

In other words, people who weren’t considered likely voters have gone ahead and voted.

Obama will be hoping to turn the narrative around in the next debate and close the enthusiasm gap. But in the states where it matters, he might not need to.