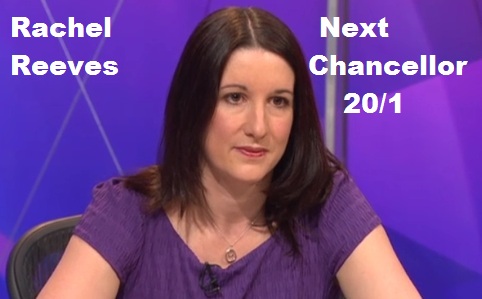 Henry G Manson looks at the next chancellor betting

Now that the Labour leader has raised his game, there will be some reflection on how Labour can boost its poor economic ratings. At some point before the election Ed Miliband may consider replacing Ed Balls as his Shadow Chancellor. Balls was the leaderâ€™s 3rd choice behind David Miliband and Alan Johnson. The Labour leadership should be concerned that despite Ed Balls calling a number of big issues right in the last two years, the partyâ€™s just not getting the credit.

Unfortunately Ed Balls has found himself in the worst of all worlds. He is associated with the last government which voters blame for the crisis, but he has failed to defend its economic achievements and measures put in place after the 2008-9 crisis to achieve growth levels George Osborne could only dream of now. Alastair Darling would have been a far better figure for the task of restoring some credit and would probably be more trusted too.

Balls has only shown occasional moments of fresh thinking and a focus on the future. Does he have the fizz to come up with the policies to get people sit up and take notice? The juryâ€™s out. Thereâ€™s a nagging worry from some inside the party that if anything heâ€™s a brake on new ideas rather than a source of them.

With it looking increasingly likely that George Osborne will remain in post until the general election, itâ€™s worth checking Ladbrokes on the next Chancellor for some potential value on the Labour side. Ed Balls is the market leader at 7/4, however if like me you think he may not survive in post to 2015 there are some double-digit odds worth looking at, especially given Labour are now odds-on favourites to win the most seats. The following stand-out as contenders:

Yvette Cooper (8/1) â€“ I would have liked to have seen Ed Miliband appoint her instead of Ed Balls following Alan Johnsonâ€™s resignation. However I just canâ€™t see the scenario where Cooper agrees to take over from her husband. Can you?

David Miliband (14/1) â€“ if he were to return to Labourâ€™s frontbench it would be in one of the large portfolios. His appointment would be an attempt by Ed Miliband to reach former Conservative-inclined voters. As it stands, chances of him returning donâ€™t look at all great.

Chuka Umunna (10/1) â€“ slick media performer, very close ally to Ed Miliband and part of the new generation that wasnâ€™t in parliament never mind in office during the crash. Itâ€™s quite possible, but odds seem a touch short.

Rachel Reeves (20/1) â€“ improving all of the time and with stronger economic credentials than Umunna. Routinely beats up Danny Alexander in the House and hapless Tory ministers in the TV studios. Loyal but more independent of the leader than Umunna but with a growing following across the party. Would be the first female Chancellor and the candidate Osborne should fear the most.

Alastair Darling (33/1) â€“ came out of the financial crisis well having been brutally briefed against by Brownâ€™s team for warning what was to come. Has not hinted at standing down at the next general election. On paper would provide experience and maturity in contrast to Osborne but thatâ€™s been tried before. Still, that job of work in defending that last governmentâ€™s record needs to be done.

The sixth standout choice is of course not a member of the Labour Party, but is Vince Cable (20/1). I think the chances of a Lab-Lib coalition are vastly overstated, but should it occur it would be an option.

For now, the best value pick has to be Rachel Reeves. Two years ago I picked her out as a future Chancellor and so far sheâ€™s not disappointed. Take the 20/1 on Reeves to be next Chancellor and have a saver on Darling at 33s.