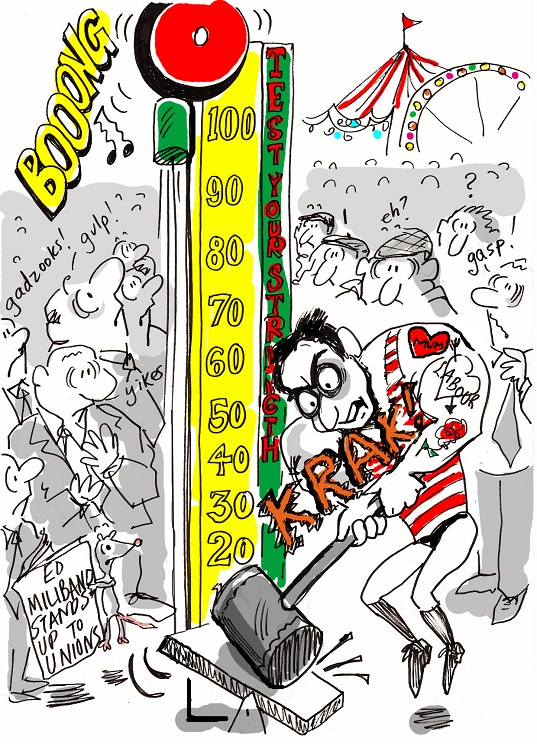 There’s a new telephone poll from ComRes for the Independent which has the Lib Dems moving up 3 to 15% at the expense of Labour which sees the smallest gap over the Tories since Osborne’s much-criticised March budget.

On leader ratings there’s other bad news for Labour. Asked whether Mr Miliband has what it takes to be a good prime minister, 22% agree and 63% disagree. For Dave the figures are 39% and 52% respectively.

All this, of course, will add to the pressure on EdM ahead of his big conference speech tomorrow for the choice at the general election is not just between parties but between alternatives for Prime Minister.

Labour also trails the Conservatives on economic trust. Asked whether they trust Mr Cameron and George Osborne to make the right decisions about the economy, 30% agree and 62% disagree. Meanwhile, 24% say they trust Mr Miliband and Ed Balls, while 64 per cent do not.

This is the first poll since the Lib Dems Conference in Brighton last week showing any sort of bounce and this seems to have all been at the expense of Labour.

The Miliband ratings are very much in line with what we have been seeing. The Labour leader has some way to go.

Probably most worrying for the red team are the economic trust numbers. In the current context the party needs to be advancing here and this sort of finding sets out a massive challenge.