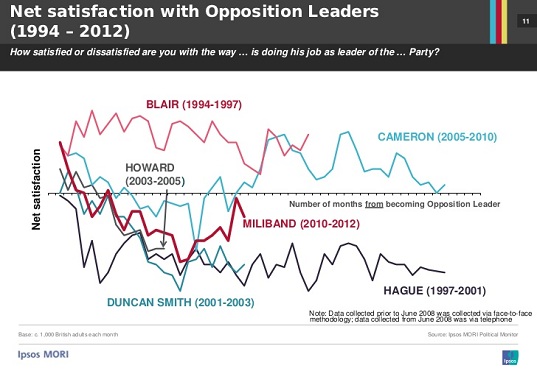 A lot has been said in the past couple of days about leader ratings and I thought this Ipsos-MORI chart was worth putting up,

It shows how Ed Miliband is doing against other recent leaders of the opposition at exactly the same stage since they took over the role.

The chart is self-explanatory but EdM is a touch behind Cameron at this stage in Dave’s time as opposition leader. Both were miles ahead of IDS and Hague but behind Tony Blair.