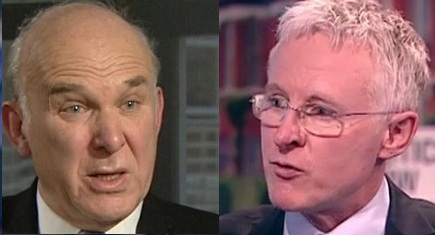 Norman Lamb could be the establishment flag-bearer

I’m far from convinced that Nick Clegg is about to be ousted or agree to walk of his own accord. He strikes me as an extraordinarily resilient figure and he’ll aim to finish off what he’s started.

Having said that I was tempted yesterday by the 16/1 that Ladbrokes was offering on him going during 2012.

But if there is a leadership election it’s going to be a bigger challenge for Vince Cable than many commentators seem to be making out. Generally national party elections with the yellows go the way of the party establishment and I don’t think that Cable fits the bill.

My expectation is that another contender, with the backing of grandees like Ashdown and Shirley Williams. would emerge who could give Cable a run for his money.

There are two possibilities – the North Norfolk MP and business minister, Norman Lamb and Ed Davey – who took over Chris Huhne’s role earlier in the year.

My sense is that having had elected a leader in his 40s last time the next one will be in his 50s and that would favour Lamb. He’s a very calm capable pair of hands who is very sure-footed on TV being able to make a convincing case in a low-key manner.

He’s currently third favourite in the betting behind Cable and Tim Farron. The latter’s best chance will be in a leadership election after 2015 – not before.