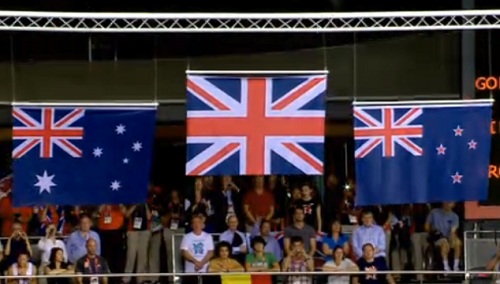 “For those immediate years of post-war austerity and exhaustion, still on rations as we watched our global empire unravel, birthed a national narrative that endured, with the odd interruption, for more than six decades. It is a story of decline, of Britain as a nation, once glorious, now reduced to a tired marginality, bobbing around in the Atlantic, stuck between Europe and a superpower United States.”Â Â – Jonathan Freedland, The Guardian, 11th of August 2012.

Recently, Defence budget cuts has seen the role of our armed forces come under scrutiny and raise the question what should be their purpose and extent – and can we afford it?

Are we seeking to defend our trade routes – that bring in supplies of oil and gas and food and allow exports ofÂ  industrial goods? Are we seeking to protect ourselves from rogue states who may gain nuclear capabilities?

Or should the UK just keep a defence force just to protect itself and its waters and focus more on a diplomatic role, using its prestige and experience to influence the upcoming powers?Â  If we use this route, should most of our military be on a voluntary- on demand- maintained basis, who first receive compulsory initial training at the aged of 18 (a bit like the Swiss). That well may benefit many of our youth but is it the right approach?

The UK has yet to define the global role it wishes to adopt for the 21st century – an economic crisis has forced an appraisal of its defence resources in advance of such a debate – a debate that should not be postponed much longer as it also embraces the roles and magnitude of both DFID and the FO.