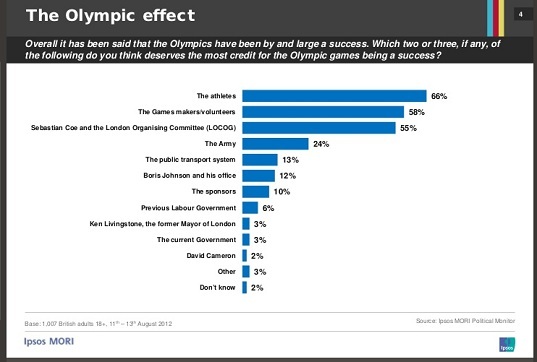 More from the MORI poll

The first part of the August MORI poll was released during the day and focused on public reaction the the Olympics.

Yet to come are the MORI voting intention figures and also the firm’s latest leadership ratings.

That’s due tomorrow morning at some stage.