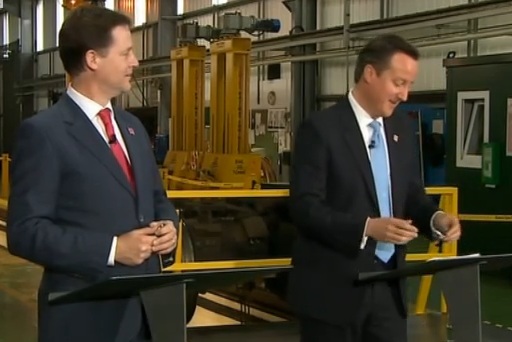 Is the struggle to retain the 20 seat boundary bonus doomed?

It’s being reported by the Telegraph’s Ben Brogan that Cameron is working on a plan to offer the LDs a deal on state funding party funding as a new quid pro quo for getting the boundary changes through.

Brogan writes: “…over the next year or so Mr Clegg will find a way to back the boundary review when it comes up for a vote in the Commons. In exchange, Mr Cameron will agree to support some form of state funding for political parties. His side won’t like it, but it will be presented as Mr Clegg’s price for securing a review that gives the Tories more seats.,,”

That is a huge change that would benefit most those parties that struggle to find the funding to operate. There are two massive hurdles: such a proposal has the potential to be hugely unpopular with voters and Dave could it difficult selling it to his own MPs.

For after the Lords fiasco there must be a doubt over whether the Tory leader can offer anything to Nick that will win the backing of Tory MPs even though they now know the consequences – that the 20 seat boundary bonus will be lost.

I doubt whether Clegg, even if he bought into the funding plan, would be able to sell it to his party.

Why, for instance, did it take near two years for Tory objections to the Lords plan to be be fully articulated? The outline, in particular long single terms for elected upper house members, was all there in the coalition agreement in May 2010. The proposals in this year’s bill should not have been a surprise.

If Tories were concerned about the points of principle then that should have been articulated in May 2010. It wasn’t.

Dave’s real problem, I would argue, is that many parts of the Tory party have not come to terms with their failure to win a majority two years ago. The extent that the PM can deliver on proposals that the blues would like is limited.