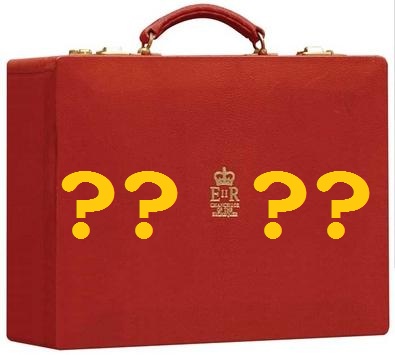 If the Coalition government was formed strictly in the national interest then David Cameron would surely be at least considering the value of installing Vince Cable in Number 11. Over two years George Osborne has overseen a contraction of the economy when growth of 5% was planned. With a botched budget and a string of u-turns and an unpopular cut in the very top rate of tax, the gloss has well and truly come off. What should worry the Prime Minister about George Osborneâ€™s role as Chancellor of the Exchequer is his inability to change course.

A tongue in cheek piece in the New Statesman unfavourably compared him to a pigeon and concluded the pigeon would have chosen economic courses more time than the Chancellor. Steve Richards in the Independent writes that itâ€™s â€˜time for a new plan or a new Chancellor.â€™ Osborne is so boxed in by his previous statements that the political price for many economic u-turns, regardless of their merit come at too high a political price for him. Thatâ€™s not healthy for the Government or the country especially when his Plan A does not appear to be working.

Meanwhile Cableâ€™s recent media performances have reminded me that before the general election many Labour figures were more worried about the strength of Vince Cable rather than â€˜Cleggmaniaâ€™. Cableâ€™s TV debate performances were easily regarded as the most impressive of all the â€˜candidatesâ€™ for Chancellor. He speaks with authority and has real-world industry experience to boot and has called a lot of the big issues right.

Cable as Chancellor would be a sign of a confident Prime Minister who was most interested in placing the best people in the job, rather than simply appeasing party interests.

I very much doubt that David Cameron is in a political position to swap George Osborne for a Liberal Democrat so loathed by his partyâ€™s right wing to deliver an economic Plan B. A Plan A+ could successfully be delivered by William Hague. Hague looks, sounds and feels like the biggest statesman on Conservative front benches right now. His Yorkshire grammar school upbringing provides a different tone to the shrill Eton background of the current inhabitant at No 11 Downing Street. He would likely be more trusted than Ed Balls, a contest which George Osborne is in danger of losing. Where Osborne appears to think short-term tactics, Hagueâ€™s appreciation of history could provide a more measured and longer-term view.

By appointing Cable as Chancellor the Prime Minister would ensure the Government has the most economic flexibility in the coming years. Hague however would keep the Conservative Party united and give the Treasury options.

However keeping Osborne would increasingly appear to me to be the riskiest option of all.

The lack of wiggle room he offers means the Government is walking on an economic tight-rope. Should the UK lose its AAA credit status or the economy continue contracting then it may be more than just the current Chancellor that falls off.