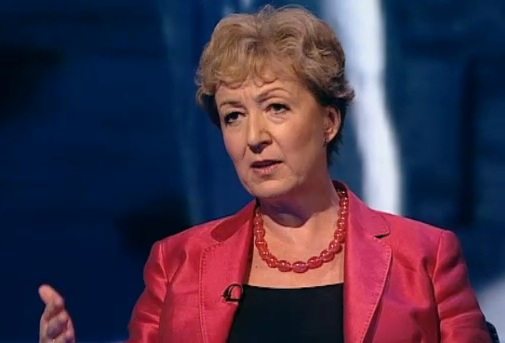 Was it wise to say George should apologise to Balls?

One of the 2010 intake of Tory MPs who has been making her mark is Andrea Leadsom who came to the commons after a career in finance.

She’s been talked about very highly and must, surely, be one of those who can reasonably expect preferment in Dave’s first re-shuffle.

She has played quite a big role in the Treasury select committee discussion on the LIBOR scandal where she’s been perhaps the most effective member.

I wonder, though, whether her comments that George Osborne should apologise to Ed Balls for his attacks last week might hamper her cause. She said the chancellor had “made a mistake” with his claim.

In terms of talent she must be right at the top of the list of 2010 newbies who should be promoted.

George, surely, is big enough not to black-ball her? But then he might not be.

Marf has produced a range of PB-linked T-shirts mugs and other items. Check them out here.