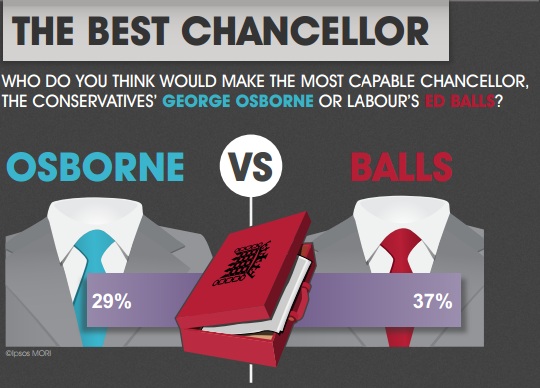 While all eyes were focused on Leveson and this afternoon’s commons debate the latest telephone poll from Ipsos-MORI came out and there was bad news for George Osborne who has seen a big decline in his rating as “most capable chancellor”.

When the pollster last asked this in March George was on 36% – today that is down at 29%. At the same time the rating for Ed Balls has edged up to 37% and now enjoys an 8% lead.

This is in line with other pollsters which have recorded a decline for Osborne since the budget and increases for Balls.

The fieldwork took place from Saturday to Monday.