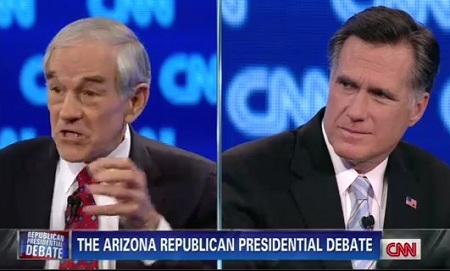 Has he now the numbers to threaten Mitt?

Three months I put the maximum that Ladbrokes would allow me on Rand Paul, son of Ron, to be the Republican V-P nominee. The odds then were a tasty 50/1. Overnight I bet again on Rand with Betfair at a nice 44/1.

For every weekend it seems we learn of new triumphs by the Ron Paul campaign at county and state party conventions getting their people elected as delegates to the national convention in Tampa in August.

What’s interesting is that the composition of a number of state delegations now bears little resemblance to how those states voted. These are not isolated and the same has happened in states across the US.

The Ron Paul campaign strategy is aimed at picking up as many delegates as possible, particularly in the caucus states, and he looks set to end up in August with substantial voting power. The big question is what Paul is going to with it?

Nobody is suggesting that Romney won’t be the nominee but any idea that Tampa will be a clear take-off pad for his battle with Obama could be undermined by the presence of so many Paul delegates with their own agenda. Mitt has got to cut the deal

My reading is that Paul himself is too old to press for something like the V-P slot or a big position for himself. But what about his son Rand – a senator from Kentucky? Whatever something is afoot.