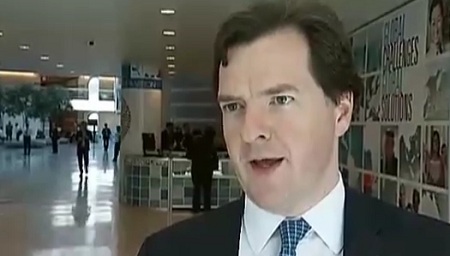 Are there more government PR problem in the offing?

Itâ€™s no coincidence that none of the additional $400bn the IMF is raising from its members has come from the USA. There are elections there this year and neither members of Congressmen nor the president would be likely to be thanked by the electors for being seen to send scarce resources overseas to rescue spendthrift governments.

The decision of George Osborne to authorise British funding of Â£10bn loan to the IMF is therefore a courageous one.

It may well be true that no other spending will be cut or taxes raised to pay for it but thatâ€™s unintuitive and a difficult message to sell to an already sceptical electorate.

Appearing to find Â£10bn at the drop of a hat doesnâ€™t square with there being no money left, even if thatâ€™s not really the true picture.

It also plays directly against the previous commitment not to contribute to the European Stability funds if the IMF simply becomes another route to the same end. While the government can claim – as it has – that no government has ever lost money lending to the IMF, thereâ€™s always a first time and that first time could well be a crisis sufficiently large to overwhelm existing resources. Besides, with the Eurozone itself providing half the money, and pretty much all the OECD countries still borrowing like crazy, itâ€™s dangerously close to a circular flow of debt.

The domestic problem for Osborne is that his own political capital has never been so low, so just asking MPâ€™s and the electorate to trust him is far less likely to be effective than it might have been a year ago. That there are elections within two weeks doesnâ€™t do much for the nerves of government MPâ€™s. Even if they themselves are not directly affected, many will still feel pressure from members and councillors in their own constituencies who are in the votersâ€™ firing line.

Consequently, the government wonâ€™t be at all keen on there being much formal discussion of the decision (as indeed there isnâ€™t any obligation for there to be). Theirâ€™s would be a lonely voice in the debate as even where they do get support, it would be given in measured tones in favour of abstractions like international stability. Opponents, by contrast, would be much louder, more emotive and would put the case in more practical terms.

Avoiding a debate brings its own problems. Hearing criticism might be painful but itâ€™s also necessary to stay in touch and if theyâ€™re really listening, perhaps to improve policy. At the least it looks as if theyâ€™re listening. The alternative both looks like a bunker attitude and runs a very real risk of actually developing a bunker attitude. For a government and particularly a chancellor which the opposition seeks to brand as out of touch, avoiding a debate would very much play to the charge.

What the government ought to do therefore is take to the attack: go out, have the debate, take on the critics and put the reasons for lending the additional money. Even if people donâ€™t agree, thereâ€™s usually credit given to a government for showing confidence in its decisions and having a settled and coherent policy. But thereâ€™s the rub: far too often the policy has been neither settled nor coherent. The governmentâ€™s only consolation is that Labour seems no more capable of saying what it would do in response to the same events.