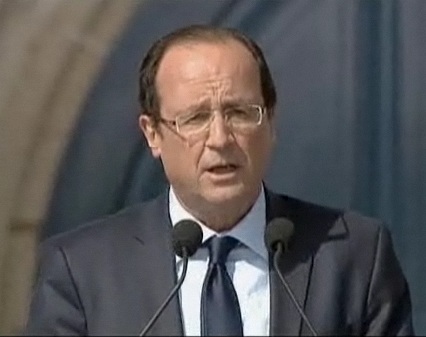 Is this the end of the road for Sarkozy?

As we move into the final hours of the French presidential campaign all the signs point to both a victory for the Socialist, Francois Hollander in the first round of voting tomorrow and in the second round two weeks later.

The best betting price you can get is 1/8 with PaddyPower while other bookies are as tight as 1/10.

There had been suggestions that the incumbent, Sarkozy might squeeze a lead in the first round but the latest surveys all point in the same direction.

It’s hard looking at these numbers to come to any other conclusion than that the incumbent is out and France will shortly have a new president.

Assuming that nobody reaches the magic 50% vote share tomorrow then it will be a run-off between the top two on Sunday May 6th.

PaddyPower has got Sarkozy at 13/10 to win the first round.