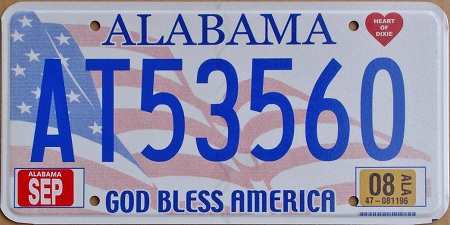 And barely 1 in 5 believe in evolution

Two of today’s primaries in the race to become the Republican party nominee are in the deep south – the neighbouring states of Alabama (50 delegates) and Mississippi (40 delegates).

The polling suggests that both could be very close with only two points separating the three main contenders in Alabama – Gingrich, Romney and Santorum. In Mississippi Gingrich is just two points ahead of Romney with Santorum a further four points behind.

What are striking in the surveys from Public Policy Polling are some of the non-voting questions. To one of these “Do you think Barack Obama is a Christian or a Muslim” just 12% said Christian with 52% saying “Muslim”. In Alabama the figures were 14% and 45%.

On whether those polled believed in evolution just 22% said “Yes” in Mississippi with 26% in Alabama.

With heavy concentrations of evangelical Christians you would expect Santorum to be top of the polling.