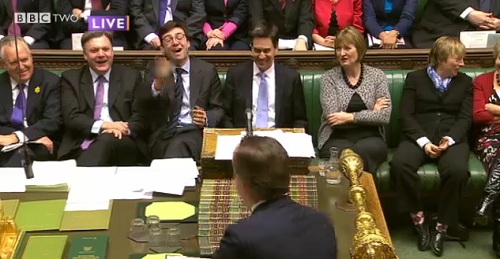 Is he becoming a one club golfer?

For the fourth successive PMQs Ed Miliband focused his attacks on the government’s stance on the NHS bill and, on balance, he got the better of Dave again. This is a tricky one for the Tories and I thought that although Dave was better prepared today Miliband just edged it.

But the opposition leader, surely, has got to find something else to go on. At some stage, perhaps not too far off, the bill will be off the agenda and Ed will have to get back to what is by far the biggest issue – the economy.

There’s a sense now that choosing the NHS bill every Wednesday is exposing Labour’s ongoing weaknesses on the subject. Ed knows that if he moves to the economy Cameron will produce a plethora of facts and figures putting the blame on Labour.