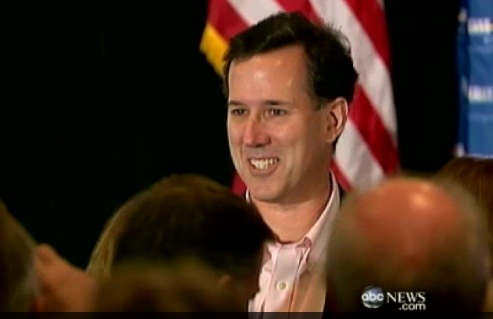 Will Democrat “cross-overs” give him the edge?

It’s election day in Michigan and the final poll from Public Policy Polling, based on telephone surveys last night, has reported a sharp move back to Santorum in the crucial primary.

This is Romney’s home state and is a “must-win”. On Sunday night PPP had had him with a 2% lead. Last night the firm has found Santorum to be 5% ahead.

It’s now Santorum 39%, Romney 34%, Paul 15%, Gingrich 10%. Amongst those who have not yet voted Santorum is on 41% to Romney on 31%. The big hope for Romney is that he’s got enough early votes in the bag. Amongst this group he is leading by 56 to 29 but early voters only represent about 18% of those likely to turn out.

This move back to the former Pennsylvania Senator fits with the trend from other polling over the past 24 hours.

A complicating factor which could be helping Santorum is that Michigan does not restrict its primaries to registered supporters and there’a a tradition in the state of quite heavy cross-over voting.

In this latest poll Romney leads with actual Republican voters, 43-38. But Santorum’s up 47-10 with Democratic voters.

In surveys at the 1996 Republican primary it was estimated that 16% of voters were Democrats and 17% independents. Four years later in 2000 it was said that John McCain won the primary there with the help of Democrats and Independents;

Whatever this is proving to be the pivotal primary of the campaign.