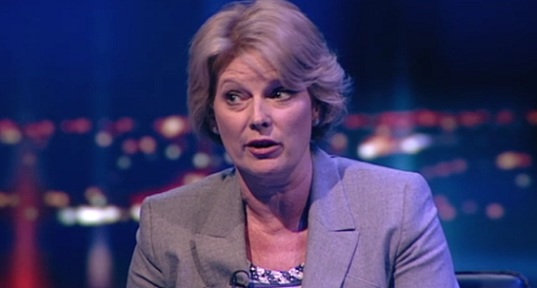 Is she the most effective advocate of the NHS changes?

Anybody who watched this morning’s Daily Politics will have been impressed by the hugely effective way 2010 newbie, Anna Soubry dealt with the NHS changes.

If you didn’t see it check it out when it comes out on BBC IPlayer in the next hour or so.

In terms of communication skills Soubry is the equal of or even better than anybody in the entire cabinet or shadow cabinet which, admittedly, is not saying a lot.

She knows how to mix it in discussions and has got just the right tone to deal with this increasingly thorny issue.

Soubry, a former TV presenter and barrister, beat Nick Palmer for the Broxtowe seat at the general election. She is currently a parliamentary private secretary at the Department of Health.