Can Sarkozy make up a double digit deficit? 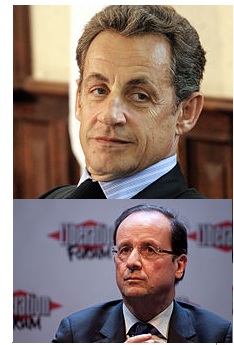 So far we’ve hardly covered on PB the big election in Europe this year – the battle for the French presidency – which takes place in only a couple of months.

This is a huge contest as Nicolas Sarkozy attempts to hold on against a fierce challenge by socialist leader, Francois Hollande, and will get lots of media attention in the UK. Last time there was a lot of interest in the betting with Betfair, in particular, having a lively and generally liquid market.

Many of us like the flexibility that exchange betting offers with the ability to move out of positions and even make profits before we have an outcome. I had been deferring coverage until the Betfair market opened.

Well the bad news is that there will be no Betfair French election market. The firm has not given me a reason but my guess is that this is because the French government has banned betting exchanges and doesn’t want to fall foul of the law.

When you are in France now, as I discovered in the summer, you are unable to get into the firm’s website – so if you have a lot of open betting positions find another country for your vacation.

The polling looks awful for Nicolas Sarkozy and the Socialist leader, Francois Hollande, is the 1/14 favourite with Ladbrokes