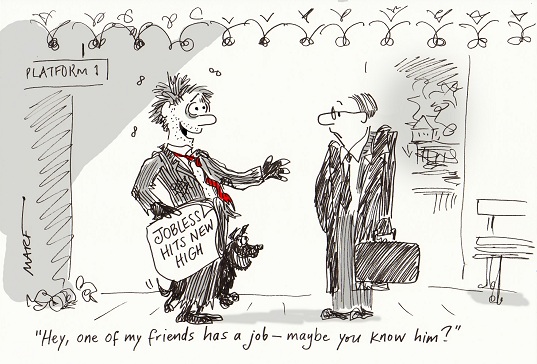 Is Balls starting to have an impact on VAT?

The best thing for Dave & co about the latest unemployment figures was that they came out while Parliament was not sitting so he didn’t have to face Ed Miliband at PMQs.

For on top of the growth figures and the hint of a credit downgrade from Moodys there was a lot for the opposition leader to play with if the parliamentary timetable had given him the chance.

The “worst for sixteen years” line taking us back to the last Conservative prime minister is discomforting and there are no easy answers.

Perhaps the one political plus for the government in all of this until now has been that Labour has yet to build a convincing alternative on the economy.

But Cameron/Osborne can’t assume that that will last and Ed Balls appears to be getting his act together better. He seems to have had a good couple of days and his piece in today’s Mirror calling for a VAT cut could resonate.

The real problem of the unemployment figures as a measure is that people can relate to it more than apparently abstract concepts like GDP trends and the potential for the government to get the blame is greater.