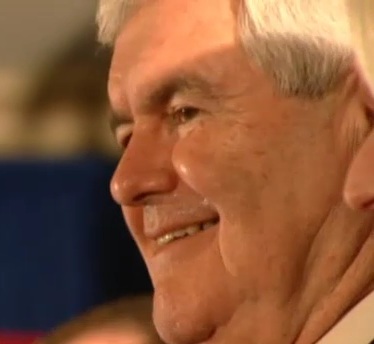 The big news in the fight for next Tuesday’s GOP primary in Florida is that there’s been a huge turnaround in the polls.

The most startling movement has come with Insider Advantage which on Sunday evening, in the aftermath of Newt’s stunning victory in South Carolina, had the ex-house speaker at Newt 34% to Mitt’s 26%. Since then there’s been a debate and and a huge negative offensive by the Romney camp with massive amounts being spent.

One polling expert in Orlando Tweeted overnight that the local TV is “wall-to-wall Mitt ads”. So the Romney campaign is using its financial muscle to squash its leading opponent.

This seems to be hitting home and the latest polling with the fieldwork yesterday has Mitt up a dramatic 14 points to 40% with Newt now at 32%. What seems to be happening is that support for Rick Santorum and Ron Paul is being squeezed like crazy and the big beneficiary is Mitt.

What’s good about having two polls in such a short period from the same pollster is that we can do proper comparisons. These are the figures with changes from Sunday:

Other polling has also put Mitt ahead and clearly the momentum is with him. The question is whether this can be sustained? Whether Newt’s still go it within him to turn opinion back in his favour?

There’s another TV debate tonight and I wonder whether, like on Monday, the audience will be told to keep quiet. Newt seems to do better when he gets a reaction as we saw in the final South Carolina debate only a week ago.

The betting both for the nomination and the Tuesday’s primary has moved very sharply in line with the polling.

As it is at the moment Newt’s campaign looks dead in the state. So far in this long campaign since last June he has recovered twice and will he do it a third time?