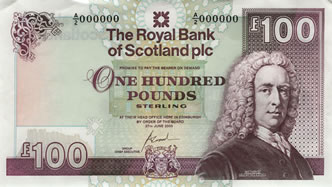 Would the SNP be able to keep the pound?

I’ve just caught up on catch-up with last night’s Any Questions on Radio 4 which turned into a primer on the Scottish referendum. It was one of the best programmes that I have heard.

What struck me particularly was the discussion on what a post-independence Scottish currency would be – a question that is not as simple as it appears.

The choices seem to be the Euro, creating a new Scottish currency or continuing in some form to have the pound. Given that a key part of the case for is that an automonous Scotland would fare better economically it would be a bit odd if continuing with sterling was chosen.

For inevitably such a course would mean that Scotland would be locked into a monetary policy decided in London.