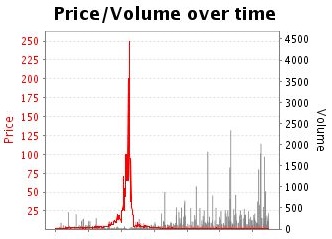 It’s New Hampshire primary day and perhaps a good moment to reflect on the nightmare political betting night that some punters had four years ago.

In the Democratic race Obama had won Iowa a few days earlier and looked on target to take New Hampshire. It all seemed so certain. An opinion poll of the state by Gallup on the day before had reported 41% for Obama with 28% for Hillary Clinton. Nobody could argue with figures like that.

Shortly before the polling booths closed the buzz was that Gallup and others had been right and that Obama was set to take the state by a substantial margin. On the Betfair betting exchange the money was all one way.

Obama’s price tightened to 1/100 and punters were piling in on that. Meanwhile the Hillary price moved out sharply and at one stage bets at 250/1 were matched.

Then the picture began to change and it soon became clear that this was going to be Hillary’s victory.

I know several punters who got really caught by the turnaround one of whom told me later that it was his worst session of betting ever.

Could there possibly be a similar experience overnight? I don’t think so but I love long-shots and have risked a small amount laying Romney at 1/100.

[For non-punters a Â£100 successful bet at 1/100 will produce a profit after getting your stake back of just one pound.]

UPDATE: I have replaced the original illustration with a chart from Morus (Greg Callus) showing the price movement on the Betfair New Hampshire price on primary day in 2008.